Victor Pinchuk's company intends to challenge the fine in court and declare the actions of competitors in favor of Russian suppliers. 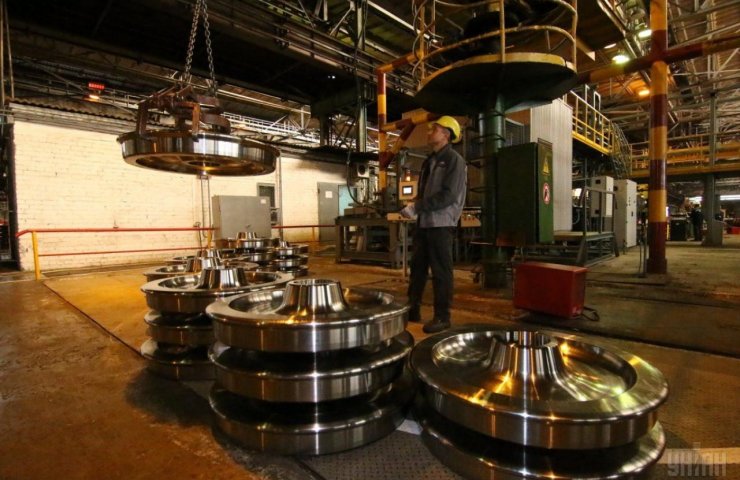 The Antimonopoly Committee of Ukraine (AMCU) fined Viktor Pinchuk's company Interpipe for 69.3 million hryvnia for violating antimonopoly legislation. According to the decision of the AMCU, the fine was imposed in connection with the abuse of a monopoly position in the wheel supply market.

Interpipe has officially stated that it strongly disagrees with such conclusions of the AMCU and intends to challenge this decision in court.

“As a national manufacturer, we consider the decision of the AMCU to be unfair and unfounded, taken not on the basis of facts, but on assumptions. The Ukrainian market is open to producers from other countries, there are no protective duties on the market, "Interpipe said in a statement.

Pinchuk's company believes that by submitting such complaints to the AMCU, unscrupulous competitors are trying to discredit the national manufacturer in order to ensure the supply of Russian manufacturers' products to Ukraine.

Interpipe recalled that unlike the Ukrainian market, the Russian Federation protected its market from Ukrainian wheels with a 39% protective duty.

The Antimonopoly Committee of Ukraine recognized the concerted actions (conspiracy) of four companies related to the distortion of the bidding results as a violation of the legislation on the protection of economic competition. We are talking about limited liability companies "Interpipe Ukraine", "Retek", "Transport Investments" and "Firm" Intervtorprom ".

Trades were held back in 2018. The customer was the branch of OJSC Ukrzaliznytsia, and the total expected cost for 42 procurement procedures for spare parts for rolling stock (namely, solid-rolled wheels and rough tires) amounted to almost 700 million hryvnia. The winner in all procedures was the Interpipe Ukraine society.

By according to the AMCU , the fight was actually feigned, and the participating companies are bound by agreements and have common interests.

Recommended:
US investment in a carbon-free economy could exceed $ 10 trillion
"Bogdan Motors" started manufacturing trolleybuses for KP "Kyivpastrans"
Tens of thousands of jobs in the Ukrainian metallurgy under the threat of reduction - A. Kalenkov
On this topic
The price of electricity for Ukrainian metallurgists turned out to be twice as high as for French
Russian feds spoke in support of the Ukrainian Interpipe
Ukrmetallurgprom Ukrzaliznytsya accused in abuse of monopoly position
INTERPIPE in 2019. increased sales of railway wheels by 8% and reduced the implementation of pipes
Interpipe repaid part of the bonds in the amount of 98.5 million dollars
Interpipe reported on successful restructuring of Eurobonds and other debts
Add a comment
Сomments (0)
News Analytics
German high-speed trains will ride on Ukrainian wheels30-11-2020, 16:26
Diplomatic squabble between Beijing and Canberra crashes coke imports into China30-11-2020, 15:53
The European Commission announced the reduction of industrial emissions by 2%30-11-2020, 15:43
Ukraine does not plan to release shells and cartridges in the coming years -30-11-2020, 15:59
UK investigates human death due to air pollution for the first time in history30-11-2020, 14:37
European Union scrap collectors worried about possible export restrictions18-11-2020, 10:41
Occupational diseases of workers in the extractive industry: types and ways to16-11-2020, 17:49
Eurofer expects recovery in EU steel demand05-11-2020, 09:47
Hot rolled carbon steel demand will continue to grow by 4% pa until 203004-11-2020, 16:14
Platts Steel Trade Review: China Will Decide Asia's Fate30-10-2020, 10:04
Sign in with: