The Ukrainian government promises to finance the country's aviation industry

At least 2 billion hryvnias per year are provided for these purposes, the Prime Minister said. 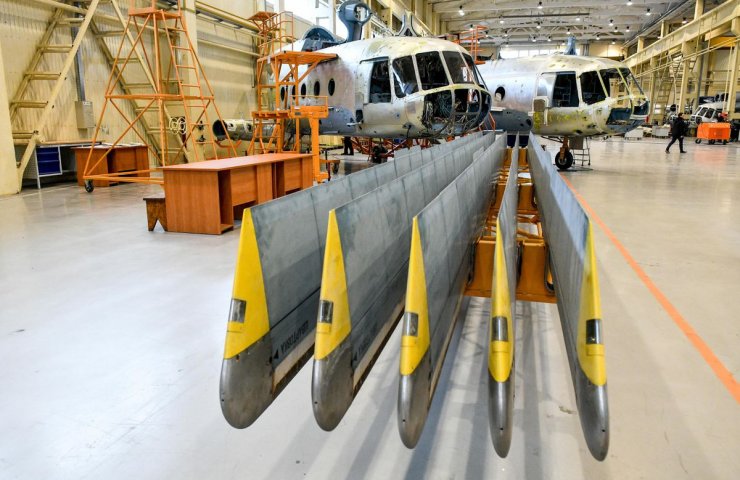 Ukraine plans to annually allocate UAH 2 billion for the development of the aircraft industry, Prime Minister of Ukraine Denis Shmyhal said during a government meeting on Wednesday.

“Today we will approve the concept of the program for the state development of the aviation industry until 2030 ... The program presents two options for the development of the aircraft industry. In particular, the basic option provides for the financing of the aviation industry from the state for about 2 billion hryvnia annually. This will allow the resumption of full-scale production of civil aircraft and master the full process of helicopter production, ”he said.

According to the prime minister, the volume of products sold in the event of the implementation of the program is estimated by experts at 300-350 billion hryvnia.

Recommended:
Special equipment is being overhauled in sintering shops of DMK
Diplomatic squabble between Beijing and Canberra crashes coke imports into China
Thyssenkrupp will lay off 11,000 people to stop losses rising to 1.6 billion euros
On this topic
UN experts believe that the worst-case scenario for the Ukrainian economy can still be avoided
The Ministry of Energy of Ukraine announced 50 million hryvnias of "illegal expenses" at the
How the reform of the electricity market in Ukraine can lead to a collapse and what to do about it
In Ukraine created the working group on the revival of domestic aviation industry
Moody's has raised a sovereign rating of Ukraine to B3 with a stable Outlook
The Airbus took off from the corruption charges in the sum of 3.6 billion Euro
Add a comment
Сomments (0)
News Analytics
German high-speed trains will ride on Ukrainian wheels30-11-2020, 16:26
Diplomatic squabble between Beijing and Canberra crashes coke imports into China30-11-2020, 15:53
The European Commission announced the reduction of industrial emissions by 2%30-11-2020, 15:43
Ukraine does not plan to release shells and cartridges in the coming years -30-11-2020, 15:59
UK investigates human death due to air pollution for the first time in history30-11-2020, 14:37
European Union scrap collectors worried about possible export restrictions18-11-2020, 10:41
Occupational diseases of workers in the extractive industry: types and ways to16-11-2020, 17:49
Eurofer expects recovery in EU steel demand05-11-2020, 09:47
Hot rolled carbon steel demand will continue to grow by 4% pa until 203004-11-2020, 16:14
Platts Steel Trade Review: China Will Decide Asia's Fate30-10-2020, 10:04
Sign in with: