The bill provides for an increase in the carbon tax from 10 to 30 hryvnia and the creation of a special fund for decarbonization. 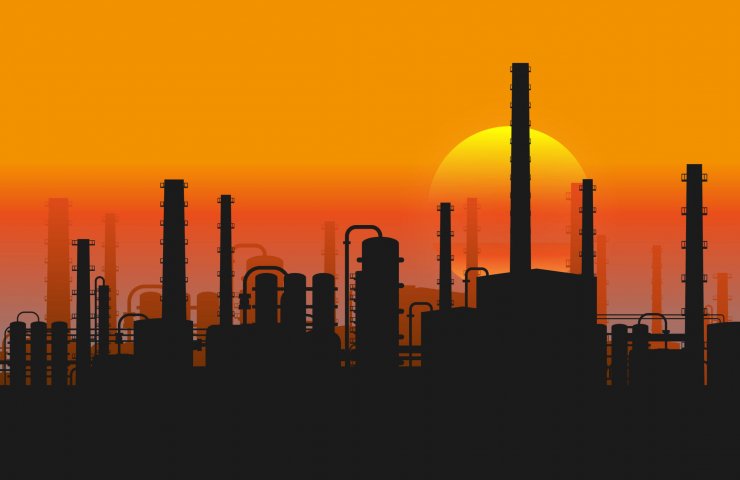 The Verkhovna Rada of Ukraine registered a bill on amendments to the Budget Code of Ukraine regarding the introduction of a state decarbonization fund. The author of the project is a member of the Committee on Energy and Housing and Utilities, People's Deputy Yuri Kamelchuk, who supported the corresponding initiative of the Ministry of Energy.

The source of the Fund is a tax on carbon dioxide emissions. It is planned to increase this tax from 10 to 30 hryvnia per ton.

50% of the tax will be sent to the general fund of the State Budget, where it will be allocated to measures to protect the environment; 50% - to the Decarbonization Fund.

The funds of the Fund will be directed exclusively to projects that lead to the reduction of CO emissions 2 . Seven areas are currently being considered:

However, this list is not exhaustive and may be supplemented.

The creation of the Fund is provided without the formation of a separate legal entity. Its format is “budget line”, similar to the State Fund for Regional Development and State Road Fund.

With this option, the administration process will not require additional costs and will be carried out by the existing state institutions.

Recall that the acting Energy Minister Olga Buslavets presented the initiative to introduce the Decarbonization Fund, which was developed by the Ministry of Energy with the support of the Ukrainian-Danish Energy Center and the State Energy Efficiency Agency.

Recommended:
Elon Musk contracted coronavirus, but doubts the reliability of the tests
Trade unions demand from Zelensky to pay attention to the situation with the Zaporizhzhya titanium-magnesium plant
US Hot Rolled Coil Prices Gain $ 20 Over the Week
On this topic
The Ministry of Energy of Ukraine initiates the creation of the Decarbonization Fund
The Bogdan Motors team appealed to the People's Deputies of Ukraine
Orzel considers the use of gas at the current price for it is more profitable than coal mining
"ArcelorMittal Krivoy Rog" in 2019 paid to the budget UAH 340 million of environmental taxes
Ukraine detensive the scrap metal market in the spring
Ukrainian customs will protect intellectual property in a European way
Add a comment
Сomments (0)
News Analytics
The State Environmental Inspection will not allow disrupting the terms of29-11-2020, 10:17
All vessels involved in the construction of Nord Stream-2 returned to the port28-11-2020, 16:43
IMF denies emergency financial aid to Kiev28-11-2020, 10:31
Biden's Production Plan Requires Significant Increase in U.S. Mineral Production28-11-2020, 10:35
SE "VostGOK" promises to pay off wage arrears by the end of next week27-11-2020, 22:39
European Union scrap collectors worried about possible export restrictions18-11-2020, 10:41
Occupational diseases of workers in the extractive industry: types and ways to16-11-2020, 17:49
Eurofer expects recovery in EU steel demand05-11-2020, 09:47
Hot rolled carbon steel demand will continue to grow by 4% pa until 203004-11-2020, 16:14
Platts Steel Trade Review: China Will Decide Asia's Fate30-10-2020, 10:04
Sign in with: