Despite the crisis and the global drop in demand for pipe products, the Nikopol pipe manufacturer Centravis continues to strengthen its position in the world market. 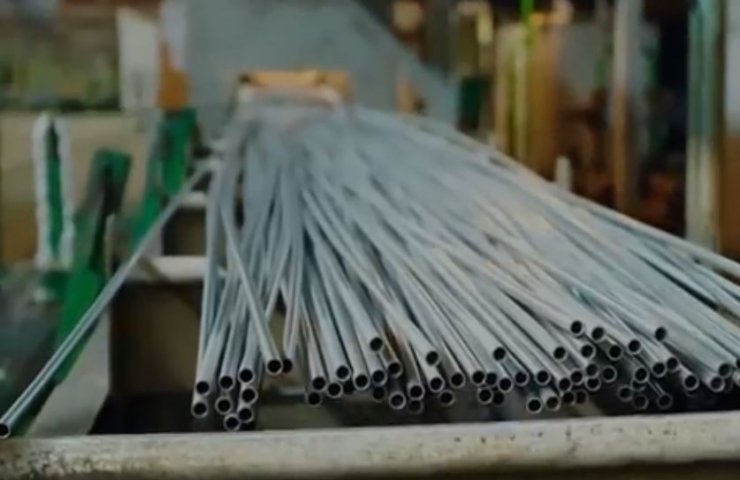 The Ukrainian manufacturer of seamless pipes has managed to expand the geography of supplies and increase its presence in countries such as Australia, Japan, Canada, as well as in the regions of the Middle East and Latin America.

In 2020, Centravis began supplying piping for piping and connections for the new Hinkley Point C nuclear power plant project in the UK. The company also signed a contract for the supply of furnace pipes for the British Bousted International Heaters.

“We focus on the production of high-tech products, investing heavily in new developments and our R&D department to stay one step ahead of the competition and offer our customers the best product. This is the only way to compete in the world market, there is no other way, especially in the context of a pandemic and a radical fall in the world economy - by 4-5% according to the forecasts of the IMF and the World Bank, ”said Yuri Atanasov, General Director of Centravis.

According to him, in 2020 the company has already invested over 1.3 million euros in the modernization of production.

When fulfilling project orders, Centravis has implemented a number of innovative solutions. For example, the technology of heat treatment of bright annealing of martensitic and martensitic-ferritic steel pipes up to 26 meters long, has launched new products on the market that can reduce the weight of the finished product by 40%, which in turn reduces emissions into the atmosphere due to lower fuel consumption ...

The company is still one of the top 10 global manufacturers of seamless stainless pipes with a major pool of customers in the nuclear power, automotive and instrumentation industries.

The total production volume of Centravis for 10 months of 2020 amounted to 14.92 thousand tons.

This is 13% less than in the same period last year. Meanwhile, the company's production rate is ahead of the industry average.

As a reminder, in January-August 2020, Ukrainian pipe enterprises reduced pipe production by 27% compared to the same period last year - to 539.1 thousand tons.

“By the end of the year, we plan to reach the production rate of 17.5-17.6 thousand tons. This will be less than in 2019, but in such a turbulent year, our team was able to adequately respond to all global challenges. Times are very difficult, but interesting, and we look to the future with optimism, ”concluded Yuri Atanasov.

Recommended:
Ukraine can attract about $ 73 billion in green financing - IFC
Sanctions against Nord Stream 2 included in annual US defense law
Reform of the coal industry in Ukraine will be "gradual and balanced"
On this topic
The price of electricity for Ukrainian metallurgists turned out to be twice as high as for French
Yuzhmash told whether it is possible to launch reusable rockets from the Black Sea
The IMF has transferred to Ukraine $ 2.1 billion
Stopped nuclear power plants and mines. What's going on in the energy sector of Ukraine?
The IMF said "very good progress" in negotiations with Kiev
INTERPIPE in 2019. increased sales of railway wheels by 8% and reduced the implementation of pipes
Add a comment
Сomments (0)
News Analytics
All vessels involved in the construction of Nord Stream-2 returned to the port28-11-2020, 16:43
IMF denies emergency financial aid to Kiev28-11-2020, 10:31
Biden's Production Plan Requires Significant Increase in U.S. Mineral Production28-11-2020, 10:35
SE "VostGOK" promises to pay off wage arrears by the end of next week27-11-2020, 22:39
Ukraine is losing leadership in the EU rapeseed import market due to the27-11-2020, 18:50
European Union scrap collectors worried about possible export restrictions18-11-2020, 10:41
Occupational diseases of workers in the extractive industry: types and ways to16-11-2020, 17:49
Eurofer expects recovery in EU steel demand05-11-2020, 09:47
Hot rolled carbon steel demand will continue to grow by 4% pa until 203004-11-2020, 16:14
Platts Steel Trade Review: China Will Decide Asia's Fate30-10-2020, 10:04
Sign in with: