Centravis has appointed a new IT director

Alexander Timoshenko became him. The new leader has 25 years of successful experience in leading global campaigns. Among them are Luxoft, Vodafone, Protec, ABB, IFD Kapital, TAS insurance group and others. 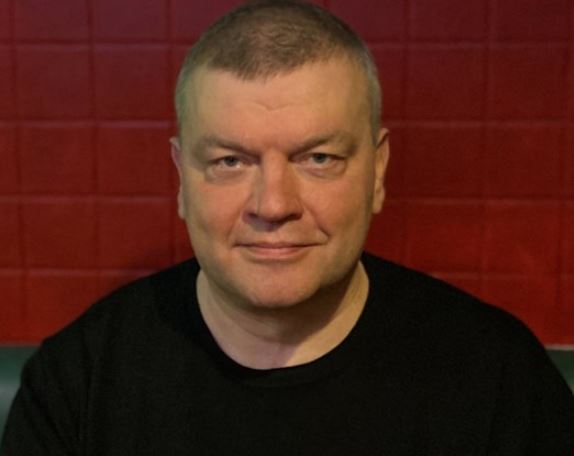 Oleksandr Tymoshenko graduated with honors from the National University of Kiev Polytechnic Institute, and also took training courses SAP, Microsoft, Oracle and ARIS and management courses at INSEAD and Massachusetts Institute of Technology.

The newly appointed IT Director will continue the digitalization of Centravis and will be responsible for improving the efficiency of the enterprise using digital tools.

As a reminder, Centravis started digitalization back in the 2000s, and now, in several stages, is implementing a single ERP-based solution developed by the German IT company SAP.

“The focus on quality and continuous improvement is part of the company's Evolutionary Path. I want to become a part of the team and help it to become even stronger, "said Alexander Tymoshenko.

According to the IT Director, Centravis has a confident digital backlog - automation of sales, finance, logistics, production accounting. In the near future - digitalization of production planning and customer relationship management.

As a reminder, the Ukrainian company supplies seamless pipes to the European Union, the Middle East, Latin America, Eastern Europe, the USA, India, Australia, Japan, Canada, and other regions and countries.

In 2020, Centravis delivered seamless pipes to 50 countries (from Australia to South Korea) for 523 customers.

Among the key clients of Centravis in 2020 are Buhlmann Group, Damstahl GmbH, ThyssenKrupp, Salzgitter AG, Karl Mertl Handelsges. The company has completed a number of large-scale orders for such global companies as Bousted International Heaters, Stainalloy Nederland, Buhlmann Group.

Recommended:
At Electrotyazhmash, after the merger with Turboatom, redundant employees will be laid off
Falling iron ore prices caught Wall Street by surprise - WSJ
Every million tons of coal mined in Ukraine is paid for by the life of at least one miner - trade unions
On this topic
Ukrainian pipe manufacturer Centravis invests more than UAH 140 million in eco-modernization
Nikopol pipe plant "Centravis" is approved as a supplier of the Chinese corporation Sinopec
Ukrainian pipe manufacturer "Centravis" strengthens expansion in international markets
The Minister of Railways resigns
Ferrexpo announced the appointment of a new Treasurer
Konstantin Zhevago has resigned as CEO of Ferrexpo due to issues in Ukraine
Partner news
Сomments
Add a comment
Сomments (0)
News Analytics
Interpipe completed a million dollar investment project20-09-2021, 18:13
Gazprom will cut transit through Poland and will not book additional capacities20-09-2021, 18:57
World iron ore prices are already below $ 100 per ton20-09-2021, 17:39
The largest metallurgical company in Austria will allocate 185 million euros20-09-2021, 13:56
The capacity of the domestic market of rolled metal products in Ukraine20-09-2021, 12:28
Moody's changes its outlook for the mining and metals industry from "positive"14-09-2021, 18:39
European steel prices decline from summer highs and remain stable high04-09-2021, 10:38
Rise in European steel prices to dizzying levels finally fizzled out - Bloomberg27-08-2021, 13:18
Gold continues to be the most efficient portfolio asset - WGC26-08-2021, 12:38
Falling iron ore prices caught Wall Street by surprise - WSJ23-08-2021, 13:57
Sign in with: