"Metinvest " issued bonds-2029 on October 17, 2019 as part of the successful debut placement of bonds in two currencies by the group and the completion of the deal to extend the maturity of Eurobonds in circulation. 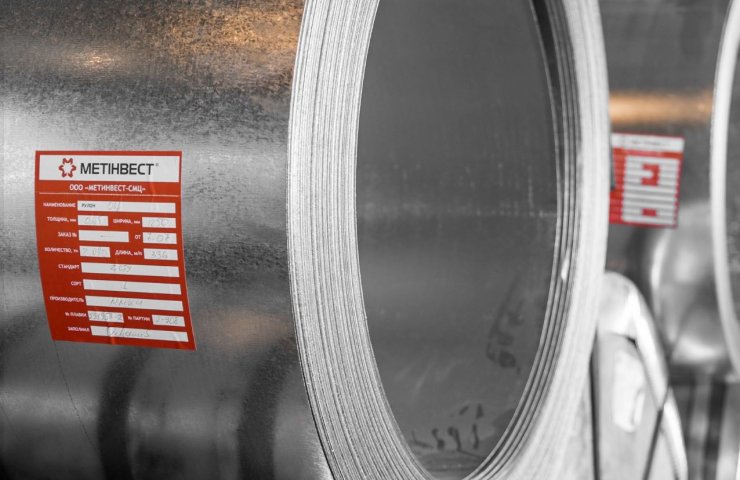 Metinvest B.V. (Netherlands), the parent company of the Metinvest mining and metallurgical group, made another coupon payment of $ 19.4 million on recently issued Eurobonds (Eurobonds) maturing in 2029.

"We paid for the coupon, everything was on schedule in accordance with the group's contractual obligations, " the press service of "Metinvest " was told by the "Interfax-Ukraine " agency on Tuesday.

The previous coupon payment was made in May of the current year.

"Metinvest " issued bonds-2029 on October 17, 2019 as part of the successful debut placement of bonds in two currencies by the group and the completion of the transaction to extend the maturity of Eurobonds in circulation. In particular, 10-year Eurobonds were placed for $ 500 million at 7.95% per annum and five-year Eurobonds for EUR300 million at 5.75% per annum.

Bonds-2029 were added to the high-yield CEMBI indices following their regular recalculation on November 29, 2019: CEMBI Broad and CEMBI Broad Diversified.

"Metinvest " is a vertically integrated group of mining and metallurgical enterprises. The group's enterprises are located mainly in Donetsk, Lugansk, Zaporizhzhya and Dnepropetrovsk regions.

Recommended:
Berdyansk resumes transshipment of oil products
ArcelorMittal increases prices for hot rolled steel coils for the European market to 600 euros per tonne
Sales of liquefied gas for cars in Ukraine increased despite Covid-19
On this topic
Metinvest bonds are included in the global debt indices of emerging markets
Metinvest extended maturity of bonds
"Metinvest " will redeem all 2021 Eurobonds for $ 115.3 million and 2023 Eurobonds for $ 193.2
Carriage works of Sergei Tigipko will issue bonds with a rate of 14% per annum
Metinvest's bonds are included in the global debt indices of emerging markets
Metinvest attracts new euro funding by completing Eurobond issue
Add a comment
Сomments (0)
News Analytics
SE "VostGOK" promises to pay off wage arrears by the end of next week27-11-2020, 22:39
Ukraine is losing leadership in the EU rapeseed import market due to the27-11-2020, 18:50
Italian steel plant - largest in Western Europe - launches blast furnace27-11-2020, 17:00
Tesla will recall more than 10,000 cars with defective roof and steering wheel27-11-2020, 16:13
How much will steel prices in the United States "jump" upwards and what are the27-11-2020, 16:23
European Union scrap collectors worried about possible export restrictions18-11-2020, 10:41
Occupational diseases of workers in the extractive industry: types and ways to16-11-2020, 17:49
Eurofer expects recovery in EU steel demand05-11-2020, 09:47
Hot rolled carbon steel demand will continue to grow by 4% pa until 203004-11-2020, 16:14
Platts Steel Trade Review: China Will Decide Asia's Fate30-10-2020, 10:04
Sign in with: