Together with the regional TV company TV5, the format of the online holiday on the air HappySteelDay was developed. 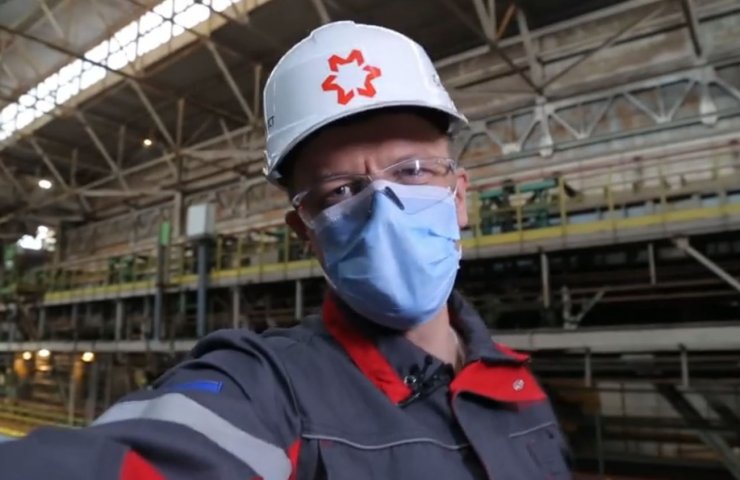 On November 16, 1933, blast furnace No. 1 of Zaporizhstal produced its first pig iron, from that moment the history of one of the largest enterprises of Ukrainian metallurgy began. The plant's many thousands of employees are celebrating the 87th anniversary with worthy production results and a strong foundation for the development of the Ukrainian economy.

“The value of Zaporizhstal, strength and potential are in the people of the enterprise. Our team passes each test with dignity, demonstrating readiness to meet the challenges of the time in order to preserve production and the team. This is the reliability and stability of the enterprise today, confidence in the future and the implementation of all planned plans, "- said the General Director of Zaporizhstal Alexander Mironenko.

Given the difficult epidemic situation, the plant abandoned mass celebrations so as not to expose its employees to the risk of infection. Together with the regional TV company TV5, the format of the online holiday on the air, HappySteelDay, was developed. In the studio of the TV channel, Alexander Mironenko awarded the best employees and collectives of the enterprise with awards and valuable gifts. A special feature of the festive live broadcast was the concert of Ukrainian pop star Jerry Heil.

In addition, on the occasion of the holiday, the General Director congratulated the best employees of Zaporizhstal at their workplaces, presenting them with well-deserved awards and cash bonuses. More than 40 best employees were awarded a total of 160 thousand hryvnia, five more best teams of the enterprise - blast-furnace, sintering, oxygen-compressor shops, train preparation shop and department of automated control systems for technological processes - were awarded cash certificates for 100 thousand hryvnias for improvement of working life.

Recommended:
Unique technology is being introduced at the metallurgical plant of Alexander Yaroslavsky
Tens of thousands of jobs in the Ukrainian metallurgy under the threat of reduction - A. Kalenkov
British billionaire Sanjeev Gupta raises the stakes in race for Thyssenkrupp Steel assets
On this topic
Corum Group presented a modern mining mechanized complex
The quotas introduced by the EU pushed us out of the European market - the CEO of Zaporizhstal
Brazil's largest steel company is planning to stop the blast furnace
Zaporizhstal orders for the four months ahead – CEO
Dneprovsky iron and steel works announced the transition to the final stage of blowing of blast
General Director of "Zaporizhstal" steel works appointed Alexander Mironenko
Add a comment
Сomments (0)
News Analytics
Scientists have created artificial leather made of metals capable of29-11-2020, 10:01
The State Environmental Inspection will not allow disrupting the terms of29-11-2020, 10:17
All vessels involved in the construction of Nord Stream-2 returned to the port28-11-2020, 16:43
IMF denies emergency financial aid to Kiev28-11-2020, 10:31
Biden's Production Plan Requires Significant Increase in U.S. Mineral Production28-11-2020, 10:35
European Union scrap collectors worried about possible export restrictions18-11-2020, 10:41
Occupational diseases of workers in the extractive industry: types and ways to16-11-2020, 17:49
Eurofer expects recovery in EU steel demand05-11-2020, 09:47
Hot rolled carbon steel demand will continue to grow by 4% pa until 203004-11-2020, 16:14
Platts Steel Trade Review: China Will Decide Asia's Fate30-10-2020, 10:04
Sign in with: