PJSC "Motor Sich" - one of the largest enterprises in one of the largest Ukrainian cities - today actually stands idle without sales markets, without investments in modernization of production, losing unique specialists and sending workers on forced leave. 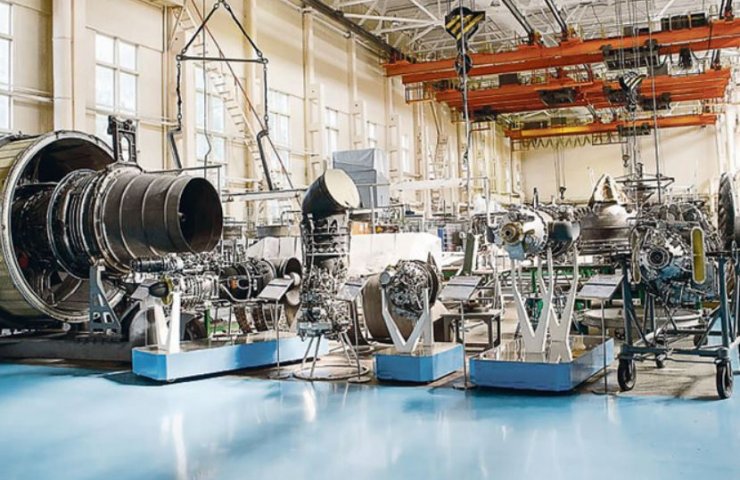 The chance for pre-trial settlement of the dispute over Motor Sich PJSC will be used, and double standards and politically motivated prosecution of legitimate business will remain in the past, the owner of DCH is sure.

Motor Sich and the Ukrainian aircraft industry as a whole deserve a better fate than a slow death due to a lack of investment resources and technological degradation, says an open letter from Kharkiv businessman Alexander Yaroslavsky, owner of the DCH group and co-owner of the Motor Sich enterprise to the authorities Ukraine.

“As historical figures to whom the Ukrainian people have entrusted the levers of government, you have a chance to stop the escalation of the conflict situation and make a landmark and far-sighted decision - to put an end to the violation of the rights of Chinese investors by Motor Sich PJSC. And the sooner this is done, the better for Ukraine, the Zaporozhye region and the thousands of employees of the enterprise, ”the letter says.

According to Yaroslavsky, the Chinese investors of Motor Sich PJSC are unambiguously determined to go to international arbitration in order to obtain compensation from the state of Ukraine in the amount of 3.5 billion US dollars. The interests of Chinese investors in Ukraine will be protected by renowned international law firms WilmerHale, DLA Piper and Bird & Bird, which employs the authors of the fundamental principles of investor protection, which form the basis of many relevant interstate agreements. In addition, one of the partners of DLA Piper is Doug Emhoff, husband of Kamala Harris, who is to be sworn in as US Vice President on January 20.

Yaroslavsky recalled that over the past four years, Chinese investors have not been able to exercise their shareholder rights due to the actions of the Ukrainian authorities violating the bilateral Ukrainian-Chinese Agreement on the Encouragement and Reciprocal Protection of Investments of December 31, 1992, and do not see prospects honest solution of the issue in the Ukrainian legal field.

"As a citizen of Ukraine, sincerely devoted to his country, and a businessman interested in its economic growth, I consider it my duty to try to prevent the upcoming unfavorable development of events that could cause serious damage to the financial position of our state and its international reputation," said businessman.

Recommended:
The State Environmental Inspection will check "ArcelorMittal Kryvyi Rih" regarding the construction of a tailing dump
Dnipro Metallurgical Plant will spend 15 million hryvnia on energy saving
Ukrainian Union of Industrialists and Entrepreneurs demands to adopt a shipbuilding strategy
On this topic
The Ukrainian "Silicon Valley" will be headed by the owner of the DCH group Alexander Yaroslavsky
Aleksandr Yaroslavskyy's DCH group will open the first in Kharkov legal casino
The Dnieper metallurgical plant restarts steelmaking
Chinese technology company ZTE Corporation was the first business resident in the "Ekopolis HTZ"
Oleksandr Yaroslavsky, intends to invest in Ukrainian roads $ 300 million
Businessman Yaroslavsky will turn the Kharkov tractor plant in Ekopolis (Video)
Add a comment
Сomments (0)
News Analytics
Georgia's economy shrinks by 11.5% in January26-02-2021, 21:21
Ukraine retained its position in the world ranking of steel producers and rose26-02-2021, 15:52
ArcelorMittal has raised prices for galvanizing for the European market to 90026-02-2021, 13:23
The European Commission initiated a new investigation on steel imports to26-02-2021, 13:22
A rally of workers of the stopped shipyard was held in Mariupol26-02-2021, 12:34
Increase in prices is forecasted in the markets of steel raw materials -26-02-2021, 09:25
Troy ounce of gold will drop $ 500 in two years - Fitch25-02-2021, 18:29
Global iron ore production growth to outstrip cumulative production in India23-02-2021, 10:22
Fitch Ratings Warns of “Shocking Impact” on Fossil Fuel Exporters18-02-2021, 14:44
Raw material prices rise by about 10.5% in January 2021 - Deutsche Industriebank12-02-2021, 10:48
Sign in with: