The first hydrogen hub will be created in Duisburg, Germany by STEAG and ThyssenKrupp

The project involves the construction of two new pipelines to transport water and oxygen from Valsum to a steel plant less than three kilometers away. 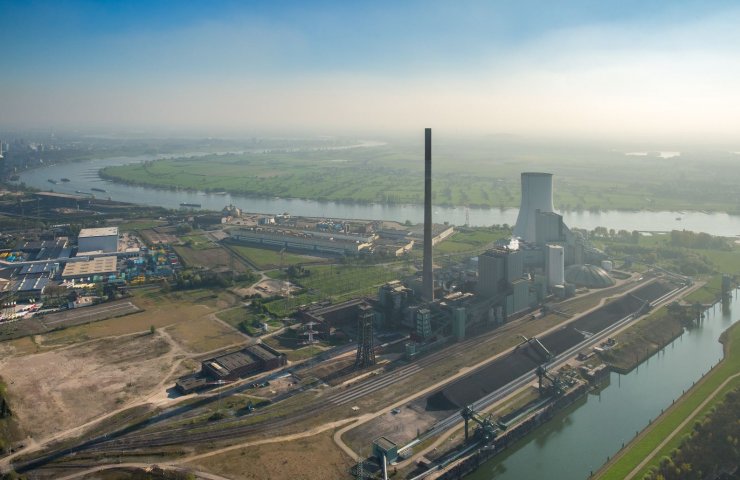 The subject of discussion is the construction of a water electrolysis plant at STEAG in Duisburg-Walsum by Uhde Chlorine Engineers, the structuring of energy supply and electrolysis operations by STEAG, and the supply of green hydrogen and oxygen to the ThyssenKrupp steel plant in Duisburg's Bruckhausen neighborhood.

All three parties plan to participate as investors and will focus on private and public funding.

The recently adopted hydrogen strategies of the state of North Rhine-Westphalia as well as the federal government and the European Union emphasize the importance of hydrogen for a climate neutral society.

Through its climate strategy, ThyssenKrupp Steel will create an ever-growing and reliable demand for clean hydrogen in the coming years. The company will initially replace some of the carbon used in existing blast furnaces and then use hydrogen fuel in new direct reduction plants.

The metallurgical company expects that in the coming years, about 20,000 tons of "green" hydrogen per year will be required to modernize the blast furnace. This demand will grow to approximately 720,000 tonnes per year by 2050 due to the gradual restructuring of the production park. With an output of up to 500 megawatts (MW) of planned electrolysis at the site, STEAG can already provide about 75,000 tonnes of green hydrogen per year - enough for the first direct reduction steel plant.

Recommended:
Russia has banned the import of railway wheels from Ukraine
State Space Agency of Ukraine asked officials not to manipulate data
Metinvest concentrates 100% of shares in Severny GOK
On this topic
Russia did not mind replacing natural gas with hydrogen in Ukrainian transit in 2035
Thyssenkrupp to build hydrogen-fueled steel plant by 2025
Ukrainian gas transmission system tested for hydrogen pumping capacity
Air Products and Tyssenkrupp will work together to sell "green" hydrogen
E. ON and Thyssenkrupp output of the hydrogen system on the electricity market
The German utility will help Thyssenkrupp to switch to hydrogen in steelmaking
Add a comment
Сomments (0)
News Analytics
European officials urge World Bank to stop fossil fuel investment27-02-2021, 13:00
China's machinery industry demonstrates robust growth27-02-2021, 13:15
Higher Yields on US Bond Leads to Sharp Drop in Cryptocurrency Price27-02-2021, 12:32
In war-torn Syria, robotics courses for girls open27-02-2021, 11:13
Fitch Affirms Ukraine's Rating At "B " With Stable Outlook27-02-2021, 11:10
Increase in prices is forecasted in the markets of steel raw materials -26-02-2021, 09:25
Troy ounce of gold will drop $ 500 in two years - Fitch25-02-2021, 18:29
Global iron ore production growth to outstrip cumulative production in India23-02-2021, 10:22
Fitch Ratings Warns of “Shocking Impact” on Fossil Fuel Exporters18-02-2021, 14:44
Raw material prices rise by about 10.5% in January 2021 - Deutsche Industriebank12-02-2021, 10:48
Sign in with: