Mariupol port may stop loading ships due to strong wind

Three motor ships loaded with rolled metal and wheat remain in the port of Mariupol due to heavy wind and falling water levels. 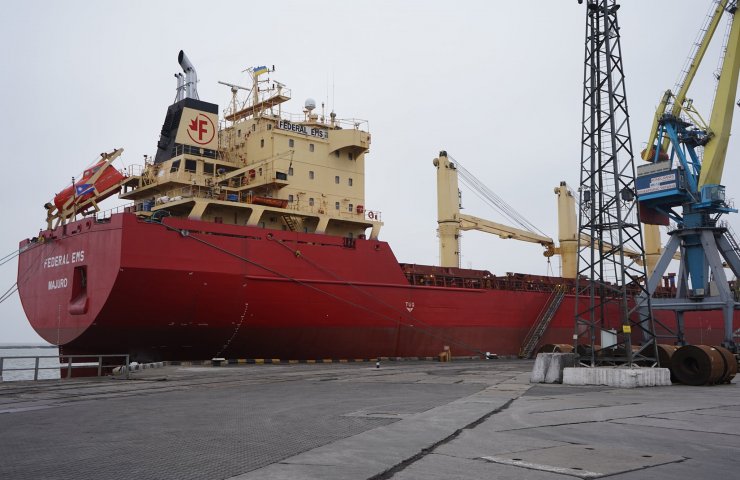 A stormy northeastern wind in gusts up to 19 m /s, a drop in the water level up to 65 cm significantly influenced the operation of the Mariupol port. Three loaded motor ships - with wheat to Turkey, slabs - to Italy and Great Britain, are forced to stay at the berths, waiting for more favorable weather for safe navigation. Three more vessels on the way to the port of Mariupol are in the roads, awaiting passage through the Kerch-Yenikalsky canal.

Portal cranes work only where it is possible to do without manual labor, in grab or magnetic modes, for loading /unloading wagons. As noted in the press service of the port, if the gusts of wind continue to intensify, cargo operations using portal cranes will have to be suspended. At the same time, forecasters promise a further increase in the wind, and only on Wednesday some weakening of the cyclone is expected.

Recommended:
ArcelorMittal has raised prices for galvanizing for the European market to 900 euros per ton
Europe invests about $ 150 billion in hydrogen projects - report
Ferrexpo raises pellet production by 7% in January
On this topic
For 11 months of 2020, the port of Mariupol increased steel transshipment by a third
All vessels involved in the construction of Nord Stream-2 returned to the port of Kaliningrad
Secret metallurgical equipment for Azovstal arrived in Mariupol port
Prospects for ship repair in Ukraine
Mariupol Commercial Sea Port doubled the transshipment of ferrous metals
Net profit of commercial port of Mariupol for half a year soared 58 times
Add a comment
Сomments (0)
News Analytics
Bosch launches automotive chip plant in Dresden08-03-2021, 13:45
Eurozone investor morale at its highest rise in 12 months08-03-2021, 12:30
Port on the coast of Pilbara in Australia stops shipments of iron ore due to08-03-2021, 11:14
Coronavirus drove Belgian skiers to the slopes of the Charleroi waste heap07-03-2021, 13:52
US Steel focuses on the production of nanosteel for high-strength alloys07-03-2021, 13:46
Spread between raw materials and high strength alloy steel in Europe increased01-03-2021, 20:21
Increase in prices is forecasted in the markets of steel raw materials -26-02-2021, 09:25
Troy ounce of gold will drop $ 500 in two years - Fitch25-02-2021, 18:29
Global iron ore production growth to outstrip cumulative production in India23-02-2021, 10:22
Fitch Ratings Warns of “Shocking Impact” on Fossil Fuel Exporters18-02-2021, 14:44
Sign in with: