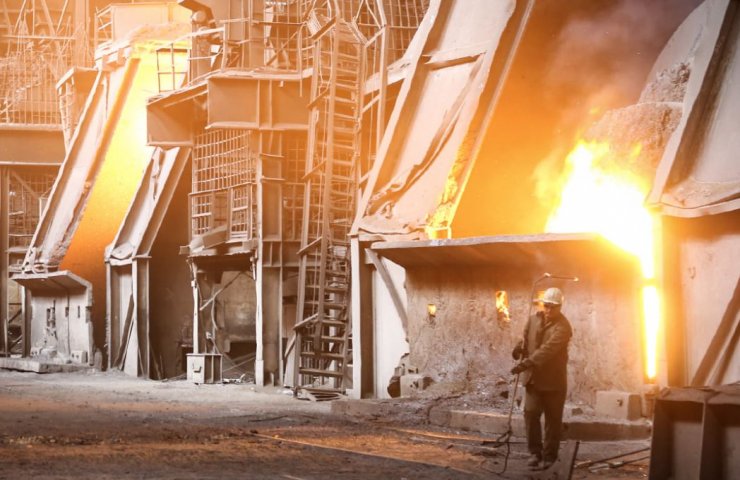 Kryvyi Rih Mining and Metallurgical Plant of PJSC ArcelorMittal Kryvyi Rih (AMKR, Dnepropetrovsk region) in January-November this year reduced the production of general rolled products, according to operational data, by 3.7% compared to the same period last year - up to 4.1 million tons.

PJSC ArcelorMittal Kryvyi Rih is the largest manufacturer of rolled steel in Ukraine. It specializes in the production of long products, in particular, rebar and wire rod.

Recommended:
From 2030, all new Boeing jets will be able to refuel from household waste
Germany will not change its position on "Nord Stream - 2" because of the United States - Foreign Minister of Germany
Kherson shipyard for the first time in 10 years received orders from the European Union
On this topic
Steel production in September 2020
Dneprovskiy metallurgical plant has reduced steel production by 3.7%
In Ukraine, the forecast drop in steel production by 7% in 2020
"ArcelorMittal Kryvyi Rih" has stopped work several departments of coronavirus
World steel production in November decreased by the percentage
World steel production in September fell by 0.3%
Add a comment
Сomments (0)
News Analytics
In 2021, Ukrzaliznytsia plans to repair more than 300 locomotives for UAH 426-01-2021, 15:30
Ukraine has enough "metals of the future" for the development of innovative26-01-2021, 14:40
High-speed railway line will connect the south of Kazakhstan and the capital of26-01-2021, 14:27
In 2021, an analogue of the US Department of Defense Research Projects Office26-01-2021, 11:24
Turkey plans to produce 100 tons of gold annually26-01-2021, 11:15
China will overtake the United States to become the world's largest economy in27-12-2020, 12:04
The shortage in the US steel market will last at least until the end of the25-12-2020, 11:36
Steel production in China to surpass one billion tons this year23-12-2020, 10:59
Iron ore prices hit seven-year high and continue to rise15-12-2020, 10:26
Prices for metallurgical raw materials continue to rise in regional markets10-12-2020, 11:32
Sign in with: