China and Ukraine to hold intergovernmental meeting on December 23

At the end of September, Minister of the Cabinet of Ministers of Ukraine Oleg Nemchinov announced that the next meeting of the Intergovernmental Commission on Cooperation between China and Ukraine would be devoted to infrastructure projects within the framework of the Silk Road. 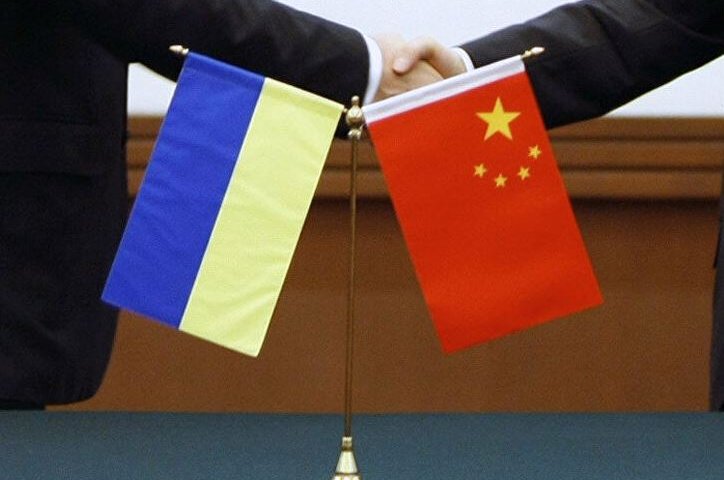 The fourth meeting of the Intergovernmental Commission on Cooperation between China and Ukraine will be held on December 23 in the format of a video link. Chinese Foreign Ministry spokesman Wang Wenbin announced this today.

According to a representative of the department, Vice Premier of the State Council of the People's Republic of China Liu He and Deputy Prime Minister of Ukraine Olga Stefanishina will jointly chair the meeting.

Previously it was reported that the Chinese investors of Motor Sich PJSC applied to international arbitration against the state of Ukraine with a demand to pay them $ 3.5 billion under an intergovernmental agreement on mutual protection of investments.

Recommended:
Tesla Berlin Gigafactory construction halted again
Russia plans to ban imports of a wide range of railway products from Ukraine
Steel production in China to surpass one billion tons this year
On this topic
Another investor will file a claim against the state of Ukraine in international arbitration
Chinese investors demand from the state of Ukraine $ 3.5 billion in compensation
Alexander Yaroslavsky called for an end to the violation of the rights of Chinese investors in
Ukraine expects difficult negotiations on trade in metal products as part of the renewal of the
Steel production in September 2020
World steel production in September fell by 0.3%
Add a comment
Сomments (0)
News Analytics
Lenovo remains the global leader in personal computer shipments in 202017-01-2021, 08:19
Ukrzaliznytsia held successful auctions for the sale of scrap metal with an16-01-2021, 17:35
Gosgeonedra of Ukraine is moving to the world geodetic coordinate system WGS-8416-01-2021, 13:38
The only uranium mining enterprise in Ukraine reduced uranium production by 7.1%16-01-2021, 13:52
China's New Energy Vehicle Sales to Grow 54% in 202116-01-2021, 12:32
China will overtake the United States to become the world's largest economy in27-12-2020, 12:04
The shortage in the US steel market will last at least until the end of the25-12-2020, 11:36
Steel production in China to surpass one billion tons this year23-12-2020, 10:59
Iron ore prices hit seven-year high and continue to rise15-12-2020, 10:26
Prices for metallurgical raw materials continue to rise in regional markets10-12-2020, 11:32
Sign in with: