After a hacker attack on the Colonial Pipeline, some parts of the United States are running out of gas. The government warns against buying fuel for future use. 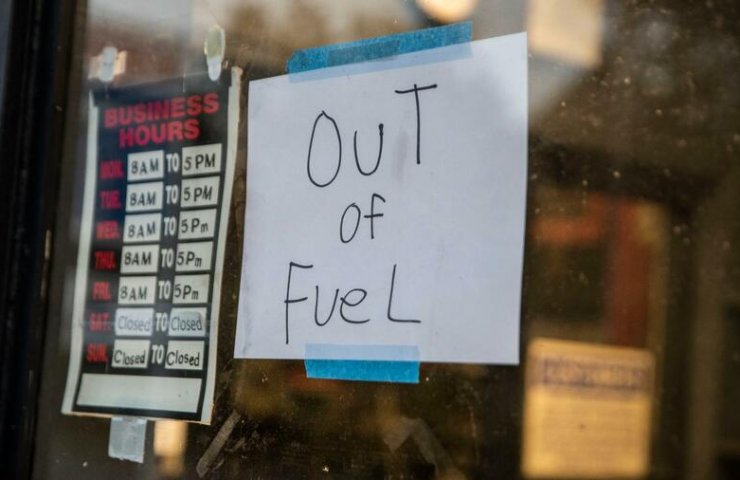 “The next few days will be challenging,” Energy Secretary Jennifer Granholm said in Washington on Tuesday. The situation will soon return to normal, there is no shortage of fuel. The government asks to refrain from panic. “We have gasoline, we just need to get it to the right places,” she added.

At the same time, a number of states have introduced a state of emergency due to the suspension of the largest pipeline in the United States. In particular, Florida Governor Ron Desantis announced a serious threat to the state.

"The unexpected closure of the Colonial Pipeline and the resulting fuel supply interruptions pose a serious threat to Florida and require similar urgent action to protect and facilitate fuel delivery to the state until the Colonial Pipeline is fully operational." by executive order of the Governor.

The document removes restrictions on the size of fuel trucks entering the state to provide fuel or supplies. It also makes price gouging illegal. Florida's state of emergency is now 30 days renewable.

Colonial Pipeline was forced to shut down its entire pipeline network on the US East Coast over the weekend. The company was attacked with a so-called ransomware virus.

After the suspension of the Colonial Pipeline, which supplies fuel to the east coast, the cost of gasoline in the United States approached the November 2014 highs.

American President Joe Biden said that Russia was "somewhat responsible" for the incident. According to media reports, the attack was carried out by a group of hackers DarkSide, which the media calls Eastern European or Russian. Dmitry Peskov, spokesman for the Russian president, said Russia had nothing to do with the hacker attack.

Финансовая аналитика, прогнозы цен на сталь, железную руду, уголь и другие сырьевые товары. More news and analytics on Metallurgprom telegram channel - subscribe to get up-to-date market information and price forecasts faster than others.
Сomments
Add a comment
Сomments (0)
On this topic
Yuzhmash told whether it is possible to launch reusable rockets from the Black Sea
Stopped nuclear power plants and mines. What's going on in the energy sector of Ukraine?
Since the beginning of the year cost of fuel at filling stations in Ukraine has decreased by 2-3%
Ukraine needs to reduce mortgage rates to 8-10% - Confederation of Builders of Ukraine
US urges Ukraine not to criticize Nord Stream 2 deal - Politico
How the reform of the electricity market in Ukraine can lead to a collapse and what to do about it
Recommended:
Russian steel production fell by 6%
Ukraine and the United States announced cooperation in the field of small modular nuclear reactors
EU extends anti-dumping duties on cold rolled steel from China and Russia
News Analytics
China's iron ore output to rise in 2023 as new projects are launched30-11-2022, 18:10
"Centravis" agreed to supply a new batch of seamless pipes to a30-11-2022, 16:51
Metinvest enterprises in Ukraine resumed work after massive shelling of29-11-2022, 11:59
The European Council added the violation of restrictive measures (sanctions) to28-11-2022, 14:22
The abolition of export duty in India may reduce the price of Turkish steel28-11-2022, 14:07
Commodity prices will fall, metals quotes will rise slightly - Focus Economics28-11-2022, 13:28
Platinum market to face shortage next year - WPIC22-11-2022, 18:25
Global steel demand falls and will fall by 2.3% in 2022: WorldSteel19-10-2022, 23:12
Iron ore prices fall to 11-month low15-10-2022, 10:36
China production cuts in winter will give limited boost to steel markets -15-09-2022, 10:09
Sign in with: