The Ministry of Energy also noted Ukraine's readiness to fully ensure the transportation of Russian gas in the required volumes to the EU countries through the Ukrainian gas transportation system. 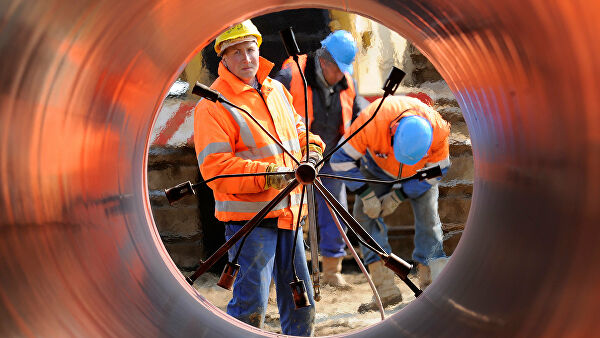 The Ministry of Energy of Ukraine thanked the US government for "the constant support of the energy sector of Ukraine and the consistent position of the United States in supporting Ukraine on the way to ensure its own energy independence and the region as a whole," which, according to the Ministry, is reflected in the US sanctions law "On Countering America's Adversaries ".

The bill on defense policy, supported by the House of Representatives of the US Congress, provides for financial assistance to Ukraine and sanctions to Russian and European companies for their participation in the construction of the Russian Nord Stream 2 and Turkish Stream gas pipelines, is another evidence of reliable partnerships and a vision of the future. development on the basis of common to achieve energy security of both Ukraine and the region as a whole, the Ministry of Energy said.

“Since 2017, Ukraine has been actively cooperating with the US Congress in the direction of imposing sanctions on the construction of Nord Stream 2, therefore we are pleased to note the consistency of actions of our American partners and progress in resolving such important issues. It is the position of the United States that has contributed to the fact that Nord Stream-2 has not yet been built, ”the acting Acting noted. Minister Yuriy Vitrenko.

The Ministry of Energy also noted Ukraine's readiness to fully ensure the transportation of Russian gas in the required volumes to the EU countries through the Ukrainian gas transportation system at the lowest cost and minimum impact on the environment.

“The use of the Ukrainian GTS is economically justified. In addition, the Ukrainian GTS has repeatedly proved its reliability, and the state has demonstrated responsibility for fulfilling its obligations. The Ministry of Energy is aimed at deepening cooperation and strategic partnership with the United States in the energy sector, and is currently one of the priorities of relations between Ukraine and the United States, "the ministry said.

Recommended:
Zimbabwe bans the use of mercury in the mining industry
US hits Iran's steel industry again
China's New Energy Vehicle Sales to Grow 54% in 2021
On this topic
Trump vetoed US defense budget with sanctions against Nord Stream 2
Akademik Chersky arrives at the Nord Stream 2 pipe-laying site
The energy Minister said on completion, "Nord stream 2" for a few months
The Swiss-Dutch company Allseas stopped the construction of the "Nord stream-2"
US sanctions can stop the construction of the "Nord stream – 2" in the waters of Denmark - Bild
U.S. seeks closing of the companies involved in the construction of "Nord stream 2"
Add a comment
Сomments (0)
News Analytics
The price bubble in the US steel market has inflated to its maximum - the only27-01-2021, 10:00
Global steel production down 0.9% in 2020 - World Steel Association27-01-2021, 09:59
Interpipe fully repaid Eurobonds debt27-01-2021, 09:49
EVRAZ considers potential spin-off of coal business27-01-2021, 09:46
China to accelerate development of all-weather batteries for electric vehicles27-01-2021, 09:44
China will overtake the United States to become the world's largest economy in27-12-2020, 12:04
The shortage in the US steel market will last at least until the end of the25-12-2020, 11:36
Steel production in China to surpass one billion tons this year23-12-2020, 10:59
Iron ore prices hit seven-year high and continue to rise15-12-2020, 10:26
Prices for metallurgical raw materials continue to rise in regional markets10-12-2020, 11:32
Sign in with: