Ukrainian ports handled about 160 million tons of cargo in 2020

Most of the dock workers had to load grain, metal and iron ore on ships. 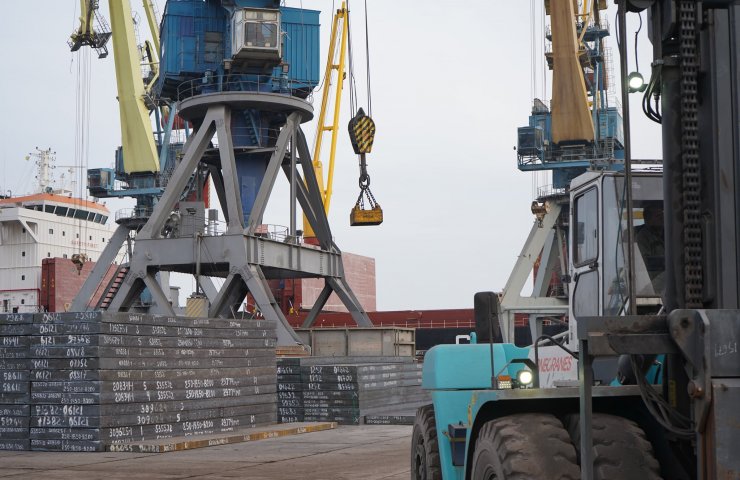 By the end of 2020, port operators in the seaports of Ukraine handled 158.86 million tons of cargo. This was announced by the Minister of Infrastructure Vladislav Krikliy.

“Despite the pandemic and the crisis in 2020, the seaports of Ukraine continued to operate and made great efforts to maintain a sufficient level of transshipment. The result of this work is almost 160 million tons of cargo handled per year, which practically reaches the pre-crisis level of last year. 2020 became the year of the conclusion of the first concession agreements in the maritime industry in the ports of Olvia and Kherson with an investment of UAH 3.7 billion for their further modernization and development. And we continue to work on new concessions in the region in 2021, ”said the head of the ministry.

Recommended:
In 2020, the largest metallurgical companies in Russia reduced steel production by 2.4%
JP Morgan Analysts Announce New Super Growth Cycle in Commodities
Industrial robot production in China up 19.1% in 2020
On this topic
Prospects for ship repair in Ukraine
Yuzhmash told whether it is possible to launch reusable rockets from the Black Sea
The Ministry of infrastructure of Ukraine invited the U.S. companies to participate in concession
Sea container transportations in Ukraine has grown by 20 percent exceeding million TEU
Companies from Qatar and Ukraine declared about the participation in the concession tender in Porto
Ukrainian ports reached a record volume of transhipment cargo
Add a comment
Сomments (0)
News Analytics
Where and how much gold is there in Ukraine?25-02-2021, 21:28
A plot with copper deposits in the Volyn region of Ukraine has risen in price25-02-2021, 18:26
ArcelorMittal is preparing to announce another price increase in the next few25-02-2021, 18:43
Indonesian gold mine collapse kills 3 people, 5 missing25-02-2021, 18:41
MMK them. Ilyich purchased electricity from Energoatom for 26 million hryvnia25-02-2021, 13:12
Troy ounce of gold will drop $ 500 in two years - Fitch25-02-2021, 18:29
Global iron ore production growth to outstrip cumulative production in India23-02-2021, 10:22
Fitch Ratings Warns of “Shocking Impact” on Fossil Fuel Exporters18-02-2021, 14:44
Raw material prices rise by about 10.5% in January 2021 - Deutsche Industriebank12-02-2021, 10:48
JP Morgan Analysts Announce New Super Growth Cycle in Commodities11-02-2021, 17:56
Sign in with: