An explosion thundered in the north of China, there are victims 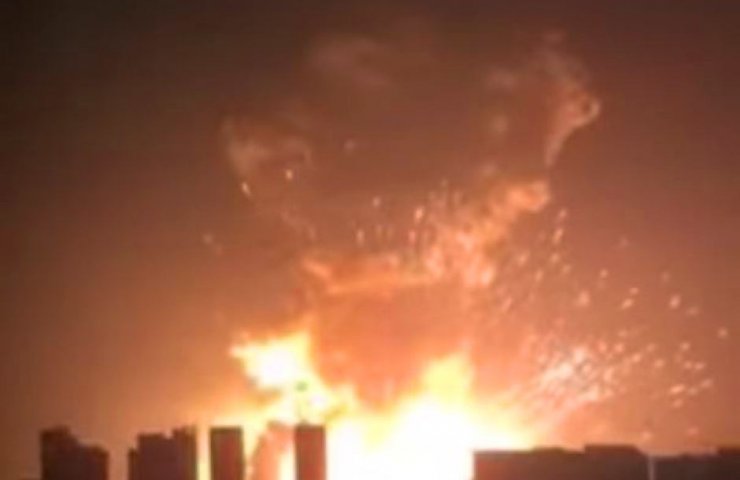 An explosion occurred Thursday at one of the auto parts factories in Tianjin, northern China, local authorities said.

According to the fire service, the incident did not lead to casualties, but there are victims. They were all hospitalized. Their number is being specified.

The causes of the tragedy are under investigation.

Earlier it was reported that at a gold mine in Prov. Shandong, there was a gas explosion about 240 meters from the entrance. 22 workers at that moment were at a distance of more than 600 meters from him. Search and rescue operations at the scene are continuing with the use of drilling rigs. It is expected that through the drilled channel, rescuers must, while in the elevator cage, enter the shaft filled with poisonous gas after the explosion.

Recommended:
ArcelorMittal Temirtau drone army replenished with three more fighters
Russia decided to abolish duties on equipment for aircraft repair
The first quarter of 2021 did not bring expected production growth to Ukrainian metallurgists
On this topic
An explosion occurred at the ArcelorMittal mine in Kazakhstan - one of the workers remains under
Full-scale construction of the southern section of the eastern route of the China-Russia gas
18 people die after carbon monoxide leak in China coal mine
The Ministry of information of Myanmar reported on 114 victims of the landslide at the mine
Eyewitnesses reported details of the deadly plane crash in Kazakhstan
Fire broke out at the mine "Stepnaya " SE "Lvovugol "
Add a comment
Сomments (0)
News Analytics
Gas prices in Ukraine have reached a record value over the past two years -16-04-2021, 17:24
Ukrmetallurgprom asks the Antimonopoly Committee to allow Metinvest to bid for16-04-2021, 17:23
A fatal accident occurred on the territory of the Dnieper Metallurgical Plant16-04-2021, 13:01
Cars built for Euro 2012 will be repaired at the Kryukov Carriage Works16-04-2021, 12:46
Novokramatorsk Machine-Building Plant has raised wages for the second time16-04-2021, 12:54
World Steel Association predicts a good year for metallurgists15-04-2021, 18:19
World Steel Association defines green steel and its variations12-04-2021, 13:14
China unlikely to cut steel capacity in 2021 due to high steel prices07-04-2021, 12:11
Scrap metal market at the beginning of April02-04-2021, 11:10
Rising Chinese Prices Fueled Rising Global Steel Prices - MEPS25-03-2021, 18:54
Sign in with: