Commerzbank, which received about 3 billion euros in net loss in 2020, announced for the first time in which countries its branches and branches will be closed. 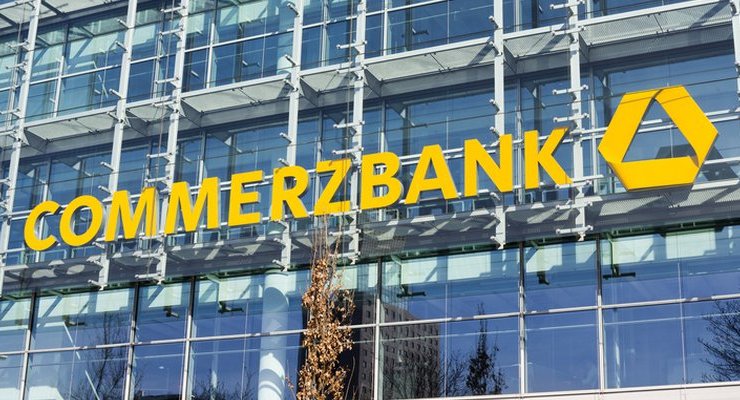 The second largest private bank in Germany, Commerzbank, as part of the business restructuring, intends to close its branches in Luxembourg, Barcelona and Hong Kong, as well as sell its Hungarian branch. About this on Sunday writes Handelsblatt referring to a bank message circulated among employees.

Commerzbank ranks fourth in Germany and twenty-third in Europe in terms of assets.

According to the German edition, Commerzbank board members Roland Boehm and Nikolaus Gisbert named 15 places where it is planned to close its branches, representative offices or branches. In particular, the bank's branches in Barcelona, ​​Bratislava and Brussels will be closed, as well as representative offices in Azerbaijan, Georgia, Indonesia, Iraq, Kazakhstan, Lebanon, Malaysia, Serbia and Venezuela.

The bank intends to “gradually make changes to the international network until 2024,” explained Boehm, who is in charge of business for international corporate clients. “We are very careful here and we do it in close cooperation with local regulators.”

The restructuring plan was presented by Manfred Knof, CEO of Commerzbank, who took office in September. The restructuring envisages the dismissal of about a third of all employees (10,000 people) and the closure of almost half of all bank branches in Germany (340 branches) by 2024. According to Knof, this will allow the bank to cut costs by 1.4 billion euros during this period.

In the fourth quarter of 2020, Commerzbank's net loss increased to 3.3 billion euros amid pandemic restrictions.

Финансовая аналитика, прогнозы цен на сталь, железную руду, уголь и другие сырьевые товары. More news and analytics on Metallurgprom telegram channel - subscribe to get up-to-date market information and price forecasts faster than others.
Сomments
Add a comment
Сomments (0)
On this topic
Siemens Energy promised Deutsche Welle to closely monitor democracy in Belarus
Azerbaijani metallurgists send 100 tons of liquid oxygen to Georgia for hospitals
Because of the terrible working conditions in Ukraine die each year hundreds of people - study
China imposed sanctions against American non-governmental human rights organizations
USA and Serbia agree on cooperation in the energy sector
Employees of the Nissan plant in Barcelona lit candles on their jobs (Video)
Recommended:
Ukraine reduced the export of semi-finished products from carbon steel by 70.3%
JSPL steel mill manager stoned to death
Mining enterprises of Ukraine reduced the export of iron ore by 38.9%
News Analytics
China's iron ore output to rise in 2023 as new projects are launched30-11-2022, 18:10
"Centravis" agreed to supply a new batch of seamless pipes to a30-11-2022, 16:51
Metinvest enterprises in Ukraine resumed work after massive shelling of29-11-2022, 11:59
The European Council added the violation of restrictive measures (sanctions) to28-11-2022, 14:22
The abolition of export duty in India may reduce the price of Turkish steel28-11-2022, 14:07
Commodity prices will fall, metals quotes will rise slightly - Focus Economics28-11-2022, 13:28
Platinum market to face shortage next year - WPIC22-11-2022, 18:25
Global steel demand falls and will fall by 2.3% in 2022: WorldSteel19-10-2022, 23:12
Iron ore prices fall to 11-month low15-10-2022, 10:36
China production cuts in winter will give limited boost to steel markets -15-09-2022, 10:09
Sign in with: