At the Kherson shipyard, the dry cargo ship was lengthened by 25 meters, increasing the volume of the hold by 64%

The weight of the insert together with hatch covers was 393 tons. 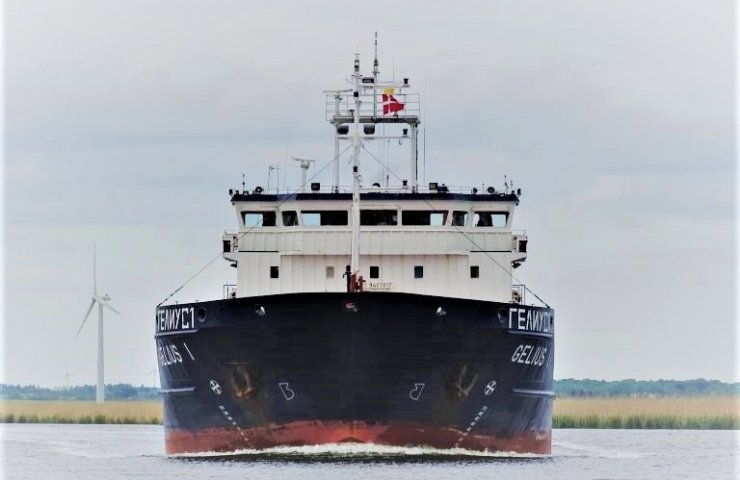 During the modernization, the vessel was lengthened by 25.35 meters due to the insertion and became two-hold. At the same time, the total volume of holds increased by more than 64% to 7377 cubic meters. m. Also installed hatch covers of the "Folder" type with a hydraulic drive. The weight of the insert together with the hatch covers was 393 tons.

Thanks to the modernization, carried out according to the project of the Marine Engineering Bureau (Odessa), the deadweight of the vessel at a draft of LHWL (summer waterline) of 4.85 meters increased by 54% or by 1935 tons - up to 5492 tons.

Earlier it was reported that at the end of 2020 Kherson shipyard for the first time in 10 years received orders from the European Union for the modernization of bulk carriers.

Smart Maritime Group is the largest shipbuilding company in Ukraine, uniting the shipbuilding assets of the industrial and investment group Smart Holding: Nikolaev and Kherson shipyards. The production facilities of SMG allow us to build medium-tonnage full-scale vessels and carry out complex ship repair works. The customers of the shipyards are companies from the Netherlands, Norway, Great Britain and other countries of the world.

In 2020, the company modernized and repaired 55 vessels and built 2 hulls for a chemical tanker.