Representative American aircraft Corporation announced that Boeing has won a court case in which CB "southern" and "Pivdenmash" has to pay $ 200 million. 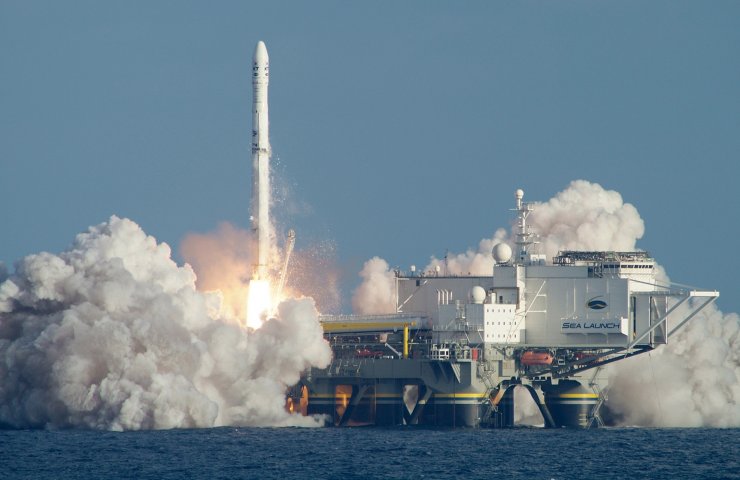 Mike Slade, who for 10 years headed the team representing the American Boeing aircraft Corporation JSC in various courts, demanding the return of $ 500 million after a joint venture with Russian, Ukrainian and Norwegian partners "Sea Strata" went bankrupt, received a reputable award for "Litigator of the Week".

According to Slade, November 12, the U.S. court of Appeals for the ninth circuit stopped the proceedings, leaving in force the decision allows Boeing to recover the debt from Russian and Ukrainian companies.

"Sea Launch" (Sea Launch) was a joint venture between Boeing and four other companies: Energia (the state company that is closely connected with the Russian space Agency), KB "southern" and "Pivdenmash" (Ukrainian company fully owned by the state, which were designed and built, among other things, rocket engines), and Kvaerner (Norwegian shipbuilding conglomerate).

Share ownership was divided into 40% (Boeing), 25% ("Energy"), 20% (Kvaerner) and 15% (KB "Yuzhnoe" and "Yuzhmash"). Boeing and Kvaerner provided the enterprise direct loans, partly guaranteed (in terms of shares of their holdings) of other companies.

KB "Yuzhnoe" and "Yuzhmash" was contested by a total verdict in the amount of $ 200 million on many grounds, including the assertion that they should abandon the safeguards in compliance with the Ukrainian legislation it was made in the first place is illegal.

the Ukrainian company also claimed that Boeing was awarded too much money - that the decision was overpriced - because it was not considered a settlement that Boeing entered into with Kvaerner, when that Boeing paid more than he had to. However, the courts dismissed all protests of the Ukrainian side.

Answering the question of what will happen next, Mike Slade said the us company, which "owed a large sum of money in the end will get on." He added that the agreement with the Russian side, it was very complex, included a number of items, but agreed directly between Boeing and Energia.

Финансовая аналитика, прогнозы цен на сталь, железную руду, уголь и другие сырьевые товары. More news and analytics on Metallurgprom telegram channel - subscribe to get up-to-date market information and price forecasts faster than others.
Сomments
Add a comment
Сomments (0)
On this topic
Yuzhmash told whether it is possible to launch reusable rockets from the Black Sea
"Naftogaz" has filed a lawsuit against the government of Ukraine for the issuance of a
Metinvest closes its first securitization deal
China and US Reach Huge Natural Gas Import Agreement
Fuselages of all Airbus A220 aircraft are manufactured in China
The operator of the gas transport system of Ukraine has concluded agreements with all connecting
Recommended:
European non-ferrous metal producers demand action on rising energy prices
Steel market in Europe expects big production cuts due to weak demand
Ukraine may resume coal exports to Poland
News Analytics
EU plans additional sanctions against Russian metallurgy27-09-2022, 10:34
The European Commission has approved 5.2 billion euros of state support for27-09-2022, 10:43
China's leading industrial profits fall 2.1% in first 8 months27-09-2022, 10:20
Moody's changed the outlook for the global mining industry to26-09-2022, 19:04
Russia may increase taxation of oil, gas, coal and fertilizers26-09-2022, 15:58
China production cuts in winter will give limited boost to steel markets -15-09-2022, 10:09
Steel prices may rise as manufacturers stop production11-09-2022, 14:06
IREPAS: The global long products market is in a "dramatic situation"10-09-2022, 20:49
Steel prices are unlikely to rise significantly in the near future - analysts02-09-2022, 22:58
Steel prices may move up on new data from China31-08-2022, 12:19
Sign in with: