The American company has promised to comply with the recommendations of the PRC government departments. 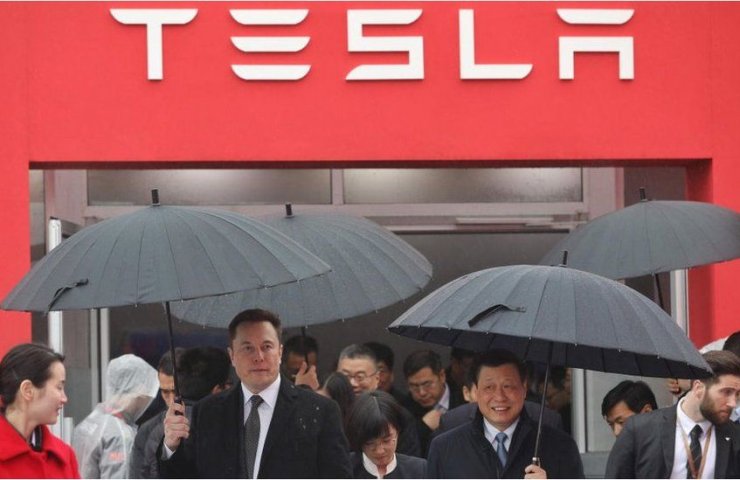 Five Chinese regulators have asked Tesla to address the quality and safety issues of the Model Y, which was launched at the US company's Shanghai plant.

The PRC authorities have recently received complaints of abnormal acceleration and battery fire, according to a statement from the China Passenger Car Association on Monday.

China is the largest auto market in the world and its government is actively promoting the introduction of electric vehicles. This helped Tesla sell 15,484 locally made vehicles last month, according to the China Passenger Car Association.

But now Tesla is facing harassment from the Chinese authorities, who asked the automaker to improve internal governance, comply with Chinese laws and regulations, and protect consumer rights.

Tesla said it "wholeheartedly accepted the recommendations of government departments" and that it "deeply analyzed the shortcomings" outlined in the statement.

Tesla has already encountered quality problems in the US and should recall a large number of Model S and Model X vehicles due to faulty touchscreens.

Elon Musk's automotive firm received approval to build its Shanghai plant in 2018, becoming the first foreign automaker to fully own a plant in China.

On Monday Tesla spiked bitcoin prices , announcing that it bought $ 1.5 billion worth of cryptocurrencies in January and expects to start accepting them as payment for cars in the future.

Recommended:
Iran is satisfied with the reaction of the world community to 60% enrichment of uranium
Yuzhmash signed a contract for the supply of 10 more rocket engines for the Vega launch vehicle
BELAZ-HOLDING increased product sales in the first quarter of 2021 by 45.5%
On this topic
Tesla launches in-house production of super-class charging columns in Shanghai, China
Ukrainian buyers of Chinese steel won arbitration in Suzhou and thank the court for impartiality
Korean auto makers will switch to hydrogen engines with help from Chinese steelmakers
A fire at the largest steel plant of China will adversely affect the pig iron production in 2020
The Chinese government will subsidize production of electric cars Tesla
Chinese officials blame small steel mills for poor ecology
Add a comment
Сomments (0)
News Analytics
China's Non-Ferrous Metals Sector Records High First Quarter Profits08-05-2021, 15:43
Copper price rises to a record high08-05-2021, 10:17
Dneprotyazhmash manufactures technological equipment for DMK07-05-2021, 10:07
The National Bank of Ukraine will sell 46 tons of scrap metal from obsolete07-05-2021, 10:10
Dnieper Metallurgical Plant DCH Steel in April reduced steel production by 2.8%07-05-2021, 09:18
The current state of the market is ideal for the sale of rolled steel - IREPAS04-05-2021, 18:41
Global hydrogen demand to grow 7-fold by 2070 - PwC21-04-2021, 12:31
World Steel Association predicts a good year for metallurgists15-04-2021, 18:19
World Steel Association defines green steel and its variations12-04-2021, 13:14
China unlikely to cut steel capacity in 2021 due to high steel prices07-04-2021, 12:11
Sign in with: