Legged for more than a month, the market value of the American automaker has decreased by 34% 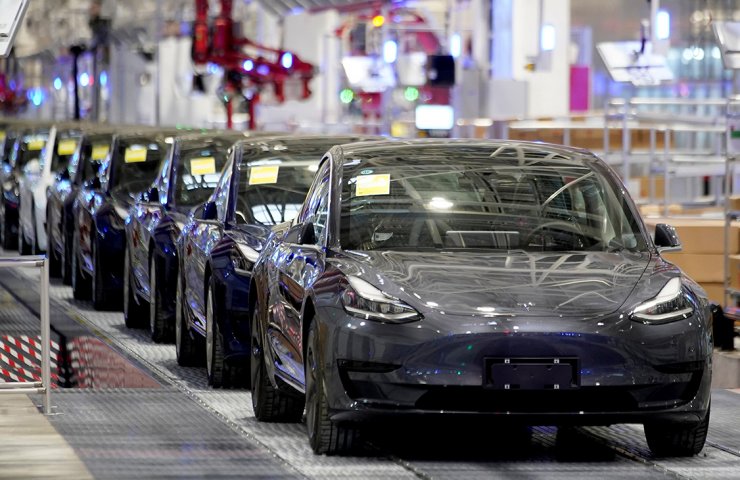 Tesla Inc shares closed lower for a fifth straight session on Monday, sending the company's market value down more than $ 277 billion over the past month.

"People very aggressively invested in these shares, having raised them from 40 to 900 dollars, which means that such securities are falling in price just as quickly," - quoted by Reuters analyst Roth Capital Partners Craig Irwin.

The Nasdaq hi-tech index has dropped more than 10.5% over the past three weeks. Tesla shares fell 6.5% on Monday, while peers Nio Inc and Li Auto closed 7.6% and 5.0% lower, respectively.

The automotive industry as a whole has been pressured by a global shortage of semiconductor chips, causing severe delays in production activities and forcing many companies to cut production.

Tesla CEO Elon Musk said in late February that the company's Fremont, Calif. plant had been closed for two days due to "parts shortages."

Reuters calculates that the weekly selloff reduced Musk's fortune by more than $ 49 billion as of Friday.

Recommended:
The Prime Minister of Ukraine told the President of the Bundesrat about investment projects in Ukraine
Onshore section of Nord Stream 2 launched in Germany - Deutsche Welle
China becomes a leader in decarbonization resources and technology - Wood Mackenzie
On this topic
2021 will be the year of rapid development of private astronautics
Tesla shares jump to record highs ahead of S&P 500 debut
Yuzhmash told whether it is possible to launch reusable rockets from the Black Sea
Los Angeles Times: a Perfect storm in the American market of steel
Why Credit Suisse downgraded AK Steel by two notches at once
USA: Winners and Losers in Trump's Trade War with China
Add a comment
Сomments (0)
News Analytics
Iran is satisfied with the reaction of the world community to 60% enrichment of18-04-2021, 13:24
Gas prices in Ukraine have reached a record value over the past two years -16-04-2021, 17:24
Ukrmetallurgprom asks the Antimonopoly Committee to allow Metinvest to bid for16-04-2021, 17:23
A fatal accident occurred on the territory of the Dnieper Metallurgical Plant16-04-2021, 13:01
Cars built for Euro 2012 will be repaired at the Kryukov Carriage Works16-04-2021, 12:46
World Steel Association predicts a good year for metallurgists15-04-2021, 18:19
World Steel Association defines green steel and its variations12-04-2021, 13:14
China unlikely to cut steel capacity in 2021 due to high steel prices07-04-2021, 12:11
Scrap metal market at the beginning of April02-04-2021, 11:10
Rising Chinese Prices Fueled Rising Global Steel Prices - MEPS25-03-2021, 18:54
Sign in with: