RGC was the first in Ukraine to start testing new types of energy and since the beginning of 2020 has been systematically preparing landfills and specialists. Tests of hydrogen and its mixtures with natural gas have already taken place at four sites in Ivano-Frankivsk, Zhitomir, Dnepropetrovsk and Volyn regions. 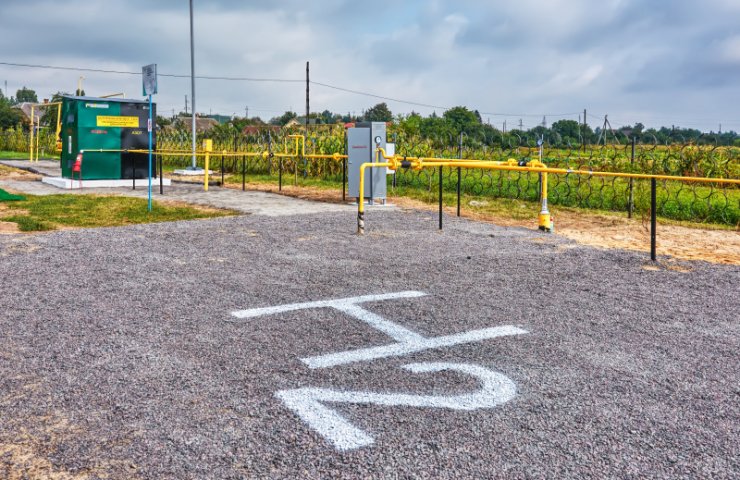 In Ukraine, preparations have begun for testing a gas-hydrogen mixture for heating two separate settlements, residents of two villages with 50-100 houses will start using a gas-hydrogen gas mixture in two years. This is stated in a press release from the Regional Gas Company (RGK), which specializes in management consulting in the gas distribution sector.

The company reports that a practical experiment using a gas-hydrogen mixture will begin in 2023 and will last until 2025. During this time, additional features of the use of hydrogen in the conditions of ordinary households will be studied.

Before the start of the tests, in order to achieve an appropriate level of security, the local network will be specially prepared, and the houses will be equipped with sensors and alarms.

It is noted that the preliminary results of the RGC hydrogen project, which has been running since August 2020 at five landfills, confirm that 30% hydrogen concentration in the gas mixture is safe for network models that are as close as possible to those existing in Ukraine.

It is expected that the first stage of the experiment will not need to change the gas equipment in consumer homes. However, as the concentration of hydrogen in natural gas increases, it may be necessary to replace burners in some gas appliances.

Now, within the framework of the RGK hydrogen project, dynamic experiments are continuing, when a gas-hydrogen mixture in different proportions is tested on household gas appliances and gas meters, but at landfills without consumers and in closed networks. They will last until mid-2022 to anticipate all possible risks.

“We are creating a project similar to HyDeploy in the UK, which attracts about 10,000 consumers. This project is working in test mode, but has already gone beyond the experiment. This is already part of a gas distribution network with hydrogen, ”says Stanislav Kazda, Director of the Strategic Planning Department of RGC.

Previously reported that the largest gas operators in Australia have already started supplying residential consumers with a mixture of natural gas and hydrogen. One of these operators, APA, estimates that up to $ 11 trillion will be invested in the global hydrogen sector. The Australian Government's National Hydrogen Strategy, released at the end of 2019, outlines plans to convert up to 10% of the domestic gas network to hydrogen transport.

Recall that on August 20, 2020 in Volyn an experiment took place on the use of hydrogen in the gas distribution network. According to the representatives of Volyngaz, the experiments were carried out within the framework of the EU Hydrogen Strategy, which was joined by the Regional Gas Company. The purpose of the experiment is to test it is possible to use hydrogen as an alternative form of energy and transport it using existing gas distribution networks. In addition, the experiments will help to find out the sufficiency of the tightness of the gas networks of Ukraine for the transportation of hydrogen, since the density of this chemical element is less than that of natural gas.

Финансовая аналитика, прогнозы цен на сталь, железную руду, уголь и другие сырьевые товары. More news and analytics on Metallurgprom telegram channel - subscribe to get up-to-date market information and price forecasts faster than others.
Сomments
Add a comment
Сomments (0)
On this topic
Ukrainian hydrogen for Europe: an image of the future or a soap bubble?
Ukrainian gas transmission system tested for hydrogen pumping capacity
Is it possible to replace Russian gas in the Ukrainian GTS with "green" hydrogen?
Ukrainian-made gas equipment for the export of hydrogen to Europe is being tested in Ivano-Frankivsk
Yuzhmash told whether it is possible to launch reusable rockets from the Black Sea
How the reform of the electricity market in Ukraine can lead to a collapse and what to do about it
Recommended:
Kharkiv Turboatom delivered $750,000 worth of spare parts to Kazakh power plants in April
Iran boosts direct reduced iron exports by 25% to 1 million tons
China's iron and steel producer price index up 5.6% in April
News Analytics
The largest producer of titanium raw materials in Ukraine OGCC will sell25-05-2022, 20:48
Glencore accused of bribery in London pleads guilty in the US25-05-2022, 10:44
Swiss oil and gas equipment manufacturer Sulzer leaves Russia24-05-2022, 13:08
BIR: European Commission's decision on scrap metal will be the most tragic24-05-2022, 11:41
Rejection of Russian palladium destroys markets24-05-2022, 11:41
US steel market sentiment becomes more price neutral05-05-2022, 10:15
The global high-strength steel market will grow steadily by 5% annually for the04-05-2022, 08:45
China steel inventories hit 13-month high amid COVID-19 outbreak30-04-2022, 16:38
Slowdown in global auto sector affects steel prices27-04-2022, 12:36
World alumina production reaches a record 138 million tons21-04-2022, 09:54
Sign in with: