Hydrogen technologies open up opportunities for decarbonization of the main sectors of the Ukrainian economy. 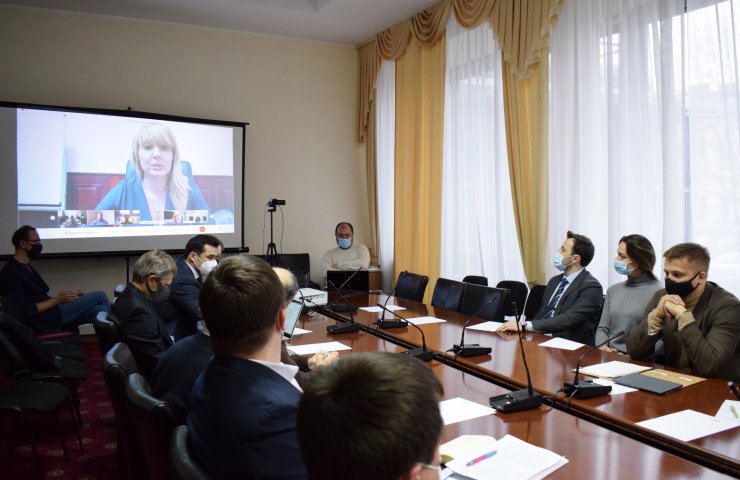 For the development of hydrogen energy in Ukraine, a clear state strategy, effective legislation, incentives and the launch of pilot projects are needed. This was discussed at a meeting of the working group "Hydrogen technologies and hydrogen infrastructure as an integral part of the development of decarbonized energy potential of Ukraine".

The event was held at the Verkhovna Rada Committee on Energy and Housing and Utilities under the chairmanship of People's Deputy Yuriy Kamelchuk and with the participation of representatives of the Ministry of Energy, State Energy Efficiency, specialized associations, institutes of the National Academy of Sciences of Ukraine, business, and the expert community.

Opening the meeting, Yuriy Kamelchuk noted the importance of creating a working group: "If the hydrogen industry develops, Ukraine can become the owner of a developed and climate-neutral economy.

In turn, the acting Konstantin Gura, Chairman of the State Energy Efficiency Committee, presented the prospects for the development of hydrogen energy: “It is important that in its hydrogen strategy by 2050 the EU has singled out Ukraine as a priority partner. The EU's goals are very ambitious. By 2030, it is planned to increase 40 GW of electrolytic capacity, reaching the production of 10 million tons of hydrogen per year. "

Konstantin Gura noted that for the introduction of the hydrogen market in Ukraine it is necessary: ​​

The importance of a transparent and understandable legislative field, as well as incentive mechanisms, was also noted by representatives of business and the expert community.

Recommended:
Uralvagonzavod introduces high-tech laser and plasma cutting equipment into production
The operation of the online monitoring system of Zaporizhstal emissions was checked by the profile environmental commission of the Zaporizhzhya Regional Council
Ukrainian metallurgists began to actively use hedging of currency risks
On this topic
Ukrainian and German companies agreed to cooperate in the field of "green" hydrogen
State Energy Efficiency together with UNECE and stakeholders discussed the possibilities of
Hydrogen technologies open up opportunities for decarbonization of the main sectors of the
The Ministry of Energy of Ukraine outlined the prospects for the development of hydrogen energy
European Commission: Ukraine should continue investing in renewable energy
Stopped nuclear power plants and mines. What's going on in the energy sector of Ukraine?
Add a comment
Сomments (0)
News Analytics
China's Machinery Sector Operating Income Increases 43 Percent13-06-2021, 11:28
Rescuers continue to search for 13 missing iron ore miners in North China12-06-2021, 15:39
European Union extends protective quotas on steel supplies for another three12-06-2021, 11:31
Metallurgical plants in the temporarily occupied territory of Donbass appointed12-06-2021, 10:59
JSC "Turboatom" was visited by representatives of CJSC "Novokramatorsk Machine12-06-2021, 10:43
Vaccinations fuel demand for platinum - World Platinum Investment Council08-06-2021, 12:55
Sharp price growth continues in the rolled metal market - Ukrpromvneshexpertiza08-06-2021, 11:04
Analysts note overheating of the global scrap metal market01-06-2021, 13:28
Hydrogen-fueled steelmaking could be competitive after 2050 - McKinsey19-05-2021, 14:22
Steel raw material prices are skyrocketing across the board18-05-2021, 12:34
Sign in with: