The economic effect of the development of transport engineering in Ukraine is minus tens of millions of euros in one project, which went to Chinese contractors. 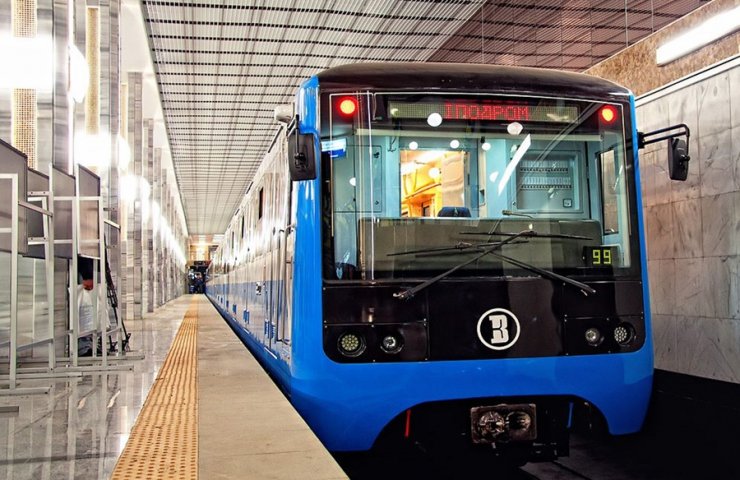 Specialists of the Kryukov Carriage Works (KVSZ) have calculated: in the field of freight traffic in Ukraine, it is necessary to solve the problem of cars with an exceeded standard operating life within the next 5 years. In total, 72,590 units require replacement, that is, 12-15 thousand annually.

A large program of transport engineering in Ukraine would give a GDP growth of 2.3% and about 15,000 jobs in car building and more than 30,000 in related industries.

Ukrainian Union of Industrialists and Entrepreneurs (USPP) stated that he consistently supports the national producer and has repeatedly drawn the attention of the government and local administrations to the need to provide a transparent and reasonable priority in tenders to domestic companies and goods.

According to USPP, this will allow upgrading urban and municipal transport, intercity infrastructure, loading the capacity of domestic machine-building enterprises that produce buses, trams, trolleybuses, metro trains and components for them.

USPP analyzed the latest tenders held in Ukraine for a joint project with the European Investment Bank "Urban Public Transport", and noted the great interest in the Ukrainian market of foreign companies from Turkey, Belarus, China, Poland.

“In practice, they lower the price for participation in Ukrainian tenders, bypassing domestic producers. This is possible due to the assistance of their governments, because in these countries there is no analogy to the Ukrainian law "On State Support", which in fact significantly limits the very possibility of such support ", - said in the USPP.

As a result, as an example, the Chinese company CRRC won the tender for the purchase of 8 trains for the Kharkiv metro, having bypassed the Kryukovsky Carriage Works with a price offer of only 1%.

KVSZ calculated that this project would bring the country 10 million euros or more than 300 million hryvnias, as well as 1,100 additional jobs, employing 30 more enterprises in related industries.

“At the same time, Ukrainian officials could quite legally provide for the provision of a 15% discount on the tender price in the case of the production of cars with at least 30% of Ukrainian materials and components. It is this possibility that is provided for in clause 3.7.9. European Investment Bank Procurement Guidelines. Unfortunately, for some reason it is not applied by city councils, ”the USPP notes.

Entrepreneurs have already turned to the Prime Minister of Ukraine with a requirement to adopt a government decree "On support of manufacturers of rolling stock for passenger transport, the purchase of which is carried out with a loan from the European Investment Bank." A letter addressed to the head of government with a draft of such a resolution in the attachment was sent in early March this year.

Recommended:
Dmitry Firtash regained the right to purchase a 51% stake in the Zaporozhye Titanium and Magnesium Plant
Zaporizhstal donated 370 tons of medical oxygen to hospitals in April
India's steel mills rescue a choking country from impending disaster
On this topic
Ukraine can be revived through Ukrzaliznytsa - head of KVSZ Vladimir Prikhodko
Ukrainian Union of Industrialists and Entrepreneurs demands to adopt a shipbuilding strategy
KVSZ demanded to adopt a program for updating the freight car fleet of JSC "Ukrzaliznytsia"
Krukovka Carriage Works has sent a 1,500th mineral locomotive to a Belarusian customer
One step away from bankruptcy: car builders demand from the Ukrainian government to take urgent
New diesel train of Ukrainian production drove through the gates kvsz
Add a comment
Сomments (0)
News Analytics
Volodymyr Zelenskyy signed a law to extend the export duty on ferrous scrap16-05-2021, 09:29
China's Tianwen 1 spacecraft successfully landed on Mars15-05-2021, 12:56
British law enforcement officials accused Liberty Steel and GFG Alliance of15-05-2021, 12:03
Chip shortage will cost the global auto industry $ 110 billion in revenue in14-05-2021, 12:15
Zaporizhzhya Dneprospetsstal expands international partnership14-05-2021, 11:17
The current state of the market is ideal for the sale of rolled steel - IREPAS04-05-2021, 18:41
Global hydrogen demand to grow 7-fold by 2070 - PwC21-04-2021, 12:31
World Steel Association predicts a good year for metallurgists15-04-2021, 18:19
World Steel Association defines green steel and its variations12-04-2021, 13:14
China unlikely to cut steel capacity in 2021 due to high steel prices07-04-2021, 12:11
Sign in with: