This was discussed at a meeting of top managers of the largest metallurgical enterprise in Ukraine with trade unions. 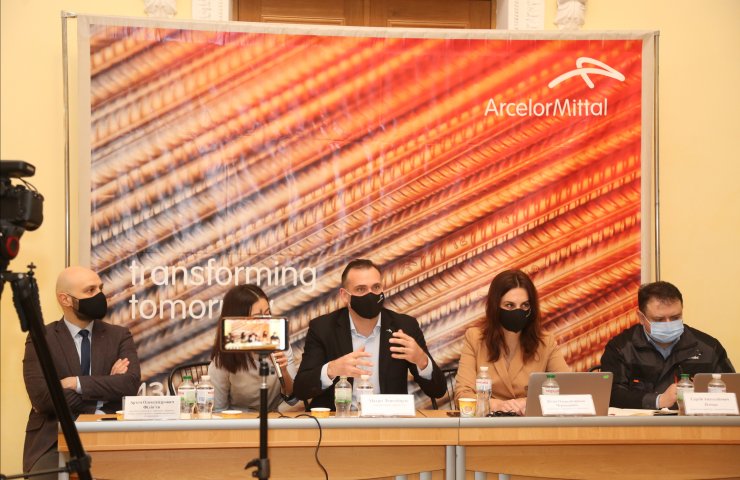 Representatives of 11 trade unions uniting workers of ArcelorMittal Kryvyi Rih met with the General Director of the company Mauro Longobardo and HR Director Yulia Chermazovich to discuss the salary increase scheduled for May 1 this year.

The meeting was also attended by the financial director of the company Sergey Plichko and the deputy general director for legal issues, interaction with government bodies and communications Artem Filipyev.

“We fully share the desire of trade union organizations to ensure fair wages for our employees. That is why, with the help of Hay Group specialists, we conducted a detailed analysis of salaries in the metallurgical industry and revised the amount of salaries. None of our employees will receive a salary lower than the level determined by the market, ”said Mauro Longobardo.

From May 1 of this year, all employees of the company are guaranteed to receive at least 5% more than before. For a number of positions and specialties, wages will rise and more to match the realities of the market. The company spends more than 700 million hryvnias to raise salaries and pay the 13th salary in March this year, in fact, an amount equivalent to the amount of net profit in 2020.

“Not every enterprise in Ukraine can boast of such an open and honest dialogue with employees, which we practice at ArcelorMittal Kryvyi Rih,” said Yulia Chermazovich. “It is important that people know the real state of affairs in the company, in the industry and in the country's economy. To understand what huge investments are required to modernize the enterprise, improve environmental standards and working conditions. And the main thing is that they know how much we value each member of our team and how we fight to preserve every job, especially during a pandemic and economic downturn. "

The company invites unions to return to discussing next steps after Hay Group publishes an updated salary analysis based on Q2 results.

Let's remind that today near the building of the ArcelorMittal Kryvyi Rih plant management was held the most numerous rally of workers in recent years, demanding an increase in wages by 30%. "A 5% salary increase is disrespectful to workers," said the workers of the metallurgical plant.

The protest actions of the employees of PJSC "ArcelorMittal Kryvyi Rih" will continue if the conditions of the plant workers are not met by April 9, the organizers said.

Recommended:
PJSC "Dneprovsky Metallurgical Plant" allocated 38 million hryvnia for environmental activities
Severodonetsk Azot Group DF increased the production of mineral fertilizers by one and a half times
ThyssenKrupp plans to turn the Port of Rotterdam into an international hydrogen hub
On this topic
"ArcelorMittal Kryvyi Rih" objects to the requirements of the State Environmental Inspection and is
ArcelorMittal Kryvyi Rih increases salaries of its employees
ArcelorMittal Kryvyi Rih will pay additional remuneration to its workers
ArcelorMittal Kryvyi Rih insists on a transparent mechanism for resolving tax disputes out of court
The head of "ArcelorMittal Kryvyi Rih" joined the Board of the European Business Association
At ArcelorMittal Kryvyi Rih with the new year will be the new CEO
Add a comment
Сomments (0)
News Analytics
Rinat Akhmetov's engineering company Corum Group sent a delegation to India05-05-2021, 21:09
A mining and metallurgical complex will be created in the Bayan-Undur somon of05-05-2021, 19:39
In Ukraine, European requirements for the ecodesign of solid fuel boilers will05-05-2021, 15:30
April steel production of "Zaporizhstal" increased in annual comparison by05-05-2021, 15:27
Germany plans to achieve carbon neutral economy by 204505-05-2021, 12:28
The current state of the market is ideal for the sale of rolled steel - IREPAS04-05-2021, 18:41
Global hydrogen demand to grow 7-fold by 2070 - PwC21-04-2021, 12:31
World Steel Association predicts a good year for metallurgists15-04-2021, 18:19
World Steel Association defines green steel and its variations12-04-2021, 13:14
China unlikely to cut steel capacity in 2021 due to high steel prices07-04-2021, 12:11
Sign in with: