Interpipe will increase the salary of production personnel by 10%

Interpipe is a Ukrainian industrial company, manufacturer of seamless pipes and railway wheels. 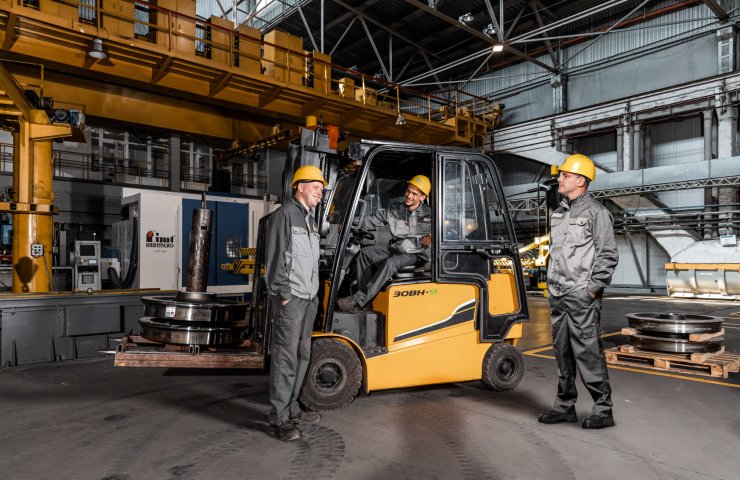 Ukrainian industrial company INTERPIPE will increase the wages of production personnel (workers and PCCs) of its industrial assets by an average of 10%.

When raising salaries, a differentiated approach will be applied depending on the division and category of employees.

The increase in the salaries of workers and the RCC of the division of railway products will be 10%, but will take place in two stages due to a decrease in production volumes. Thus, salaries will increase by 5% from June 1 and by 5% from September 1.

The salaries of workers in the steel division will increase by 10% from June 1, RCC salaries - from August 1, 2021.

- The company continues to operate under new trade restrictions that are being introduced against our products. We continue to fight disease in our factories, making every effort not to stop production. The company has significantly increased the costs of providing anti-epidemic measures, the delivery of workers to production, and the provision of hospitals in the region. However, we have found an opportunity to raise production staff salaries to support employees and their families during this challenging time. About Us:

Interpipe is a Ukrainian industrial company, a manufacturer of seamless pipes and railway wheels. The company's products are supplied to more than 80 countries of the world through a network of sales offices located in the key markets of the CIS, the Middle East, North America and Europe. In 2020, Interpipe sold 662 thousand tons of finished products, including 192 thousand tons of railway products. Railway products are sold under the KLW brand.

Recommended:
German coal-fired power plant operators plan to switch to biofuels
Kherson shipyard accepted for modernization two dry cargo vessels of the Dutch EEMS Werken
Uralvagonzavod signed a contract for 3 thousand gondola cars
On this topic
Metinvest to raise wages for workers in Ukraine from May 1
ArcelorMittal Kryvyi Rih increases salaries of its employees
Interpipe plans to launch another workshop for the production of railroad cars. wheels in the
Interpipe reduced sales of pipe and railway products in 2020
The price of electricity for Ukrainian metallurgists turned out to be twice as high as for French
Milovanov reminded that in Ukraine, women earn much less than men
Add a comment
Сomments (0)
News Analytics
Electrotyazhmash was allowed to overhaul the rolling stock of Ukrzaliznytsia21-04-2021, 16:17
Dniprostal-Energo initiates an auction for the purchase of electricity on the21-04-2021, 16:08
Zaporizhstal donated a new oxygen station to the Zaporizhzhya Regional21-04-2021, 15:11
Brazil is interested in the production capabilities of Yuzhmash21-04-2021, 14:35
Energoatom ordered a condenser from Turboatom worth 0.5 billion hryvnia for21-04-2021, 14:28
Global hydrogen demand to grow 7-fold by 2070 - PwC21-04-2021, 12:31
World Steel Association predicts a good year for metallurgists15-04-2021, 18:19
World Steel Association defines green steel and its variations12-04-2021, 13:14
China unlikely to cut steel capacity in 2021 due to high steel prices07-04-2021, 12:11
Scrap metal market at the beginning of April02-04-2021, 11:10
Sign in with: