Scrap collectors in Ukraine have stepped up efforts to collect recyclable materials amid a sharp rise in scrap prices. 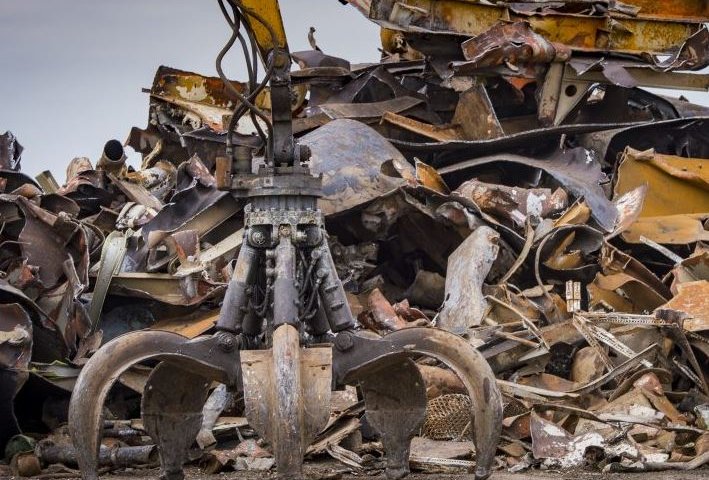 During the first quarter of 2021, the volume of procurement of scrap metal in Ukraine increased by 28.2%. According to the Ukrainian Association of Secondary Metals ( UAVtormet ) in January - In March, 930,000 tons of scrap metal were procured.

"This trend is due to the high purchase prices of metallurgical enterprises, which were observed on the market during January-March," the association commented.

Supplies of scrap metal to Ukrainian metallurgical plants in the first quarter of 2021 increased by 23.1% compared to the same period of the previous year (to 837.7 thousand tons). Technological stocks of scrap metal at the enterprises are estimated at no less than 180.0 thousand tons.

Exports of scrap metal from Ukraine in January-March 2021 amounted to 49.1 thousand tons, which is almost three times more than in the same period last year.

Recommended:
Russia intends to occupy a quarter of the global hydrogen fuel market by 2035
ArcelorMittal Kryvyi Rih changed its net loss in 2019 to UAH 740 million in net profit in 2020
State Enterprise "Ukrhimtransammiak" exceeded the plan for the transit transportation of ammonia by 17.8%
On this topic
Scrap metal collection in Ukraine increased by one and a half times due to high prices
Six times more scrap metal was exported from Ukraine in January than in December - UAVtormet
Steel production in September 2020
Global steel production in June 2020 decreased by 7%
In Ukraine, the forecast drop in steel production by 7% in 2020
World steel production in September fell by 0.3%
Add a comment
Сomments (0)
News Analytics
Iran is satisfied with the reaction of the world community to 60% enrichment of18-04-2021, 13:24
Gas prices in Ukraine have reached a record value over the past two years -16-04-2021, 17:24
Ukrmetallurgprom asks the Antimonopoly Committee to allow Metinvest to bid for16-04-2021, 17:23
A fatal accident occurred on the territory of the Dnieper Metallurgical Plant16-04-2021, 13:01
Cars built for Euro 2012 will be repaired at the Kryukov Carriage Works16-04-2021, 12:46
World Steel Association predicts a good year for metallurgists15-04-2021, 18:19
World Steel Association defines green steel and its variations12-04-2021, 13:14
China unlikely to cut steel capacity in 2021 due to high steel prices07-04-2021, 12:11
Scrap metal market at the beginning of April02-04-2021, 11:10
Rising Chinese Prices Fueled Rising Global Steel Prices - MEPS25-03-2021, 18:54
Sign in with: