The Ministry of Energy of Ukraine proposes to establish a zero rate of the environmental tax on CO emissions 2 resulting from the combustion of biofuels. 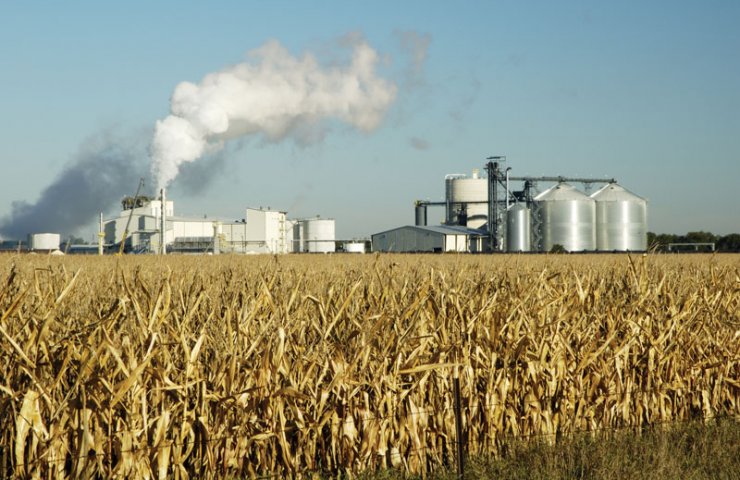 Ministry of Energy of Ukraine released for public discussion the draft Law of Ukraine "On Amendments to the Tax Code of Ukraine regarding the establishment of a zero tax rate on carbon dioxide emissions for installations that make such emissions as a result of burning biofuels" ...

According to the Ministry of Energy, the adoption of the bill will contribute to an increase in energy production from biofuels in Ukraine and the further transition of enterprises from fossil fuels (coal, gas, peat) to the use of this type of fuel produced from biologically renewable sources of organic origin.

However, this state of affairs does not correspond to world practice. According to the Clean Development Mechanism Methodologies of the United Nations Framework Convention on Climate Change, biofuels are considered CO 2 neutral fuels, as their combustion produces as much carbon dioxide as was absorbed by plants during growth.

The Ministry of Energy recalled that in all EU member states taxes on carbon dioxide emissions from energy production are also not applied. For example, Denmark levies taxes on the production, processing, storage of fossil fuels for heating, in particular, an energy tax on oil products, coal, lignite and coke, or a CO tax 2 on certain energy products, but biofuels are exempt from taxation .

Recommended:
A large ore tanker was built in China for a South Korean company
Severodonetsk Azot Group DF increased the production of mineral fertilizers by one and a half times
"ArcelorMittal Kryvyi Rih" objects to the requirements of the State Environmental Inspection and is ready to join the trial
On this topic
The Ministry of Energy of Ukraine initiates the creation of the Decarbonization Fund
Ukraine will be transferred to biogas and biofuel
A draft National Energy Efficiency Action Plan appeared in Ukraine
The Bogdan Motors team appealed to the People's Deputies of Ukraine
The Verkhovna Rada of Ukraine has increased the rental fee for mining companies
Ukraine detensive the scrap metal market in the spring
Add a comment
Сomments (0)
News Analytics
Укрзализныця достигла согласия с поставщиками по отгрузке дизельного топлива21-04-2021, 14:25
Global hydrogen demand to grow 7-fold by 2070 - PwC21-04-2021, 12:31
Energy independence of Ukraine depends on decarbonization and "green" energy -21-04-2021, 12:42
Shell tests hydrogen fuel cells on ships in Singapore21-04-2021, 11:39
Gazprom will continue to develop priority areas of hydrogen energy based on21-04-2021, 10:49
Global hydrogen demand to grow 7-fold by 2070 - PwC21-04-2021, 12:31
World Steel Association predicts a good year for metallurgists15-04-2021, 18:19
World Steel Association defines green steel and its variations12-04-2021, 13:14
China unlikely to cut steel capacity in 2021 due to high steel prices07-04-2021, 12:11
Scrap metal market at the beginning of April02-04-2021, 11:10
Sign in with: