At a metallurgical plant in Dnipro, for the first time in Ukraine, they began to "collect" reactive electricity 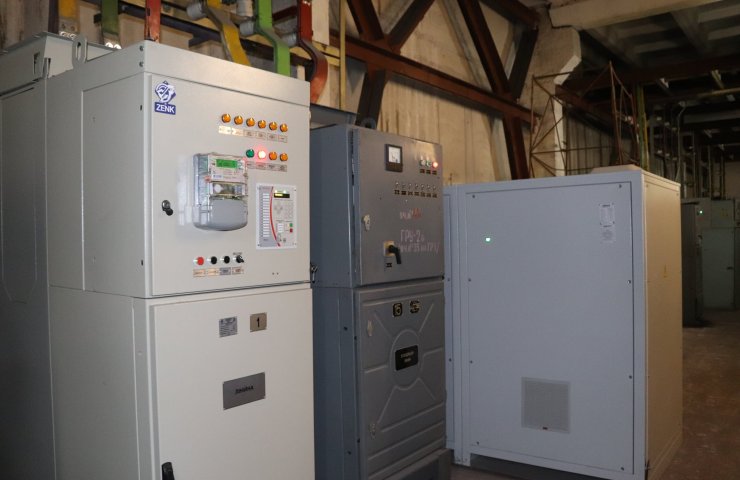 Dnipro Metallurgical Plant (DMK) will be able to reduce the cost of reactive energy by 50%, while saving about 7 million hryvnia per year thanks to reactive power compensation devices. As noted in the press service of the plant, DMK became the first enterprise in Ukraine, where a project for the installation of expansion joints was implemented on the basis of energy service.

The project was implemented within the framework of the Memorandum of Cooperation and the implementation of energy service contracts signed between OJSC "DMK" and LLC YASNO Efficiency.

To reduce the cost of reactive energy on the territory of the shop of networks and substations of DMK, the energy service company installed 5 capacitor banks of Spanish production. The total capacity of the batteries is 12,900 kvar, they are installed on the medium voltage side (6 kV).

Reactive energy is called energy that does not perform useful work, but is used to create an electromagnetic field necessary for the operation of electric motors.

“We track the economic benefits of installed batteries on a monthly basis. For the first three months of the devices operation, it exceeded the planned indicators by UAH 560 thousand. If the existing level of utilization of the enterprise is maintained, this will amount to 2.2 million hryvnias in excess of the planned economic annual effect. This means that the equipment will pay off almost a year faster and will be able to bring the Dnieper Combine income in the form of savings faster. Under the co-financing agreement, we plan to settle accounts with the investor at the expense of a part of the achieved savings, ”said Oleg Pomogaev, Chief Power Engineer of the Dnipro Steel Works.

Thanks to new devices, reactive energy for the needs of the DMK is partially generated directly on the territory of the enterprise and is less consumed from the network.

“This is the first project in Ukraine for the installation of reactive power compensation devices, carried out on the basis of energy service. As a result of the energy efficient project, Dneprovsky Iron and Steel Works has significantly reduced the cost of reactive energy charges. 20% of the project cost was financed by DMK, and 80% of the cost of equipment and installation work was financed by YASNO Efficiency under the terms of an energy service agreement, "commented Sergey Chulkov, Director of YASNO Efficiency.

By the end of 2021, it is planned to implement the second stage of the energy-saving project at DMK. Currently, preparatory work is being carried out, three locations have been identified for the future installation of additional capacitor banks.