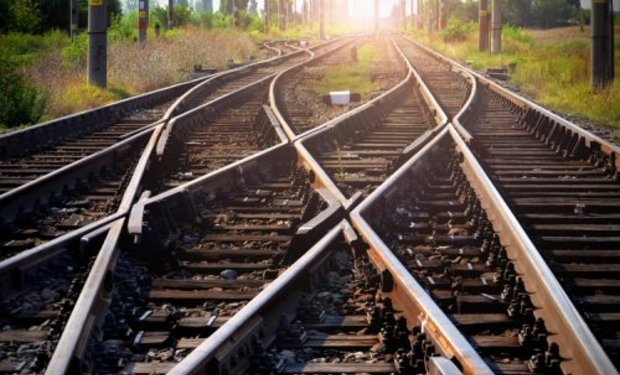 On Wednesday, April 14, the Ukrainian government approved a resolution approving the Procedure for using funds provided in the state budget for the design and implementation of work on the restoration of a European-style railway track with a width of 1435 mm from Chop station to Uzhgorod station. This was announced by the Minister of Infrastructure Vladislav Krikliy.

“Restoration of the 1435 mm European gauge track in the direction of Chop-Uzhgorod will be financed from the state budget in the amount of 5 million hryvnias. Today the Government approved the corresponding Procedure for the use of these funds. For the first time in 30 years of independence, this year we received budget support for the renovation of the railway infrastructure and the purchase of 100 new passenger cars, ”he said.

According to the minister, the funds envisaged for the implementation of this project are planned to be directed to:

Let us remind you that this year the Ministry of Infrastructure is launching a high-speed rail project in Ukraine. At the initial stage, it will provide for the construction of a railway line with a speed of up to 250 km /h and modern infrastructure for servicing InterCity and container traffic in the direction of the EU. The project will start from the border with Poland.

Recommended:
Electric vehicles accounted for 5.7% of all new cars sold in Europe in the first quarter
Metallurgical giant ArcelorMittal reports its best quarter in a decade
US may end investigation into carbon steel imports from Russia and Ukraine
On this topic
The Antimonopoly Committee of Ukraine has unblocked the purchase of passenger cars by Ukrzaliznytsia
The desire to combine Ukraine with the EU on a single railroad is a purely political project - KVSZ
Ukrzaliznytsia announced a tender for the purchase of 100 new passenger cars in 2021
This year Ukraine will start building a European-format railway on the Kiev-Lviv section
Vladimir Zelensky invited to adopt a programme of industry support of Ukraine
Ukrzaliznytsia in the next year will build eurokolia in Western Ukraine
Add a comment
Сomments (0)
News Analytics
Chip shortage will cost the global auto industry $ 110 billion in revenue in14-05-2021, 12:15
Zaporizhzhya Dneprospetsstal expands international partnership14-05-2021, 11:17
The coal industry relies on new technologies to survive in the decarbonization14-05-2021, 11:38
In January-April, Ukrainian metallurgists increased steel production by 7.2%14-05-2021, 10:03
Metinvest does not want to sell pig iron of Dnipro Metallurgical Plant to third14-05-2021, 09:03
The current state of the market is ideal for the sale of rolled steel - IREPAS04-05-2021, 18:41
Global hydrogen demand to grow 7-fold by 2070 - PwC21-04-2021, 12:31
World Steel Association predicts a good year for metallurgists15-04-2021, 18:19
World Steel Association defines green steel and its variations12-04-2021, 13:14
China unlikely to cut steel capacity in 2021 due to high steel prices07-04-2021, 12:11
Sign in with: