The fate of the Nord Stream 2 gas pipeline is still in question, but its onshore extension in Germany has already been built and commissioned in April 2021. 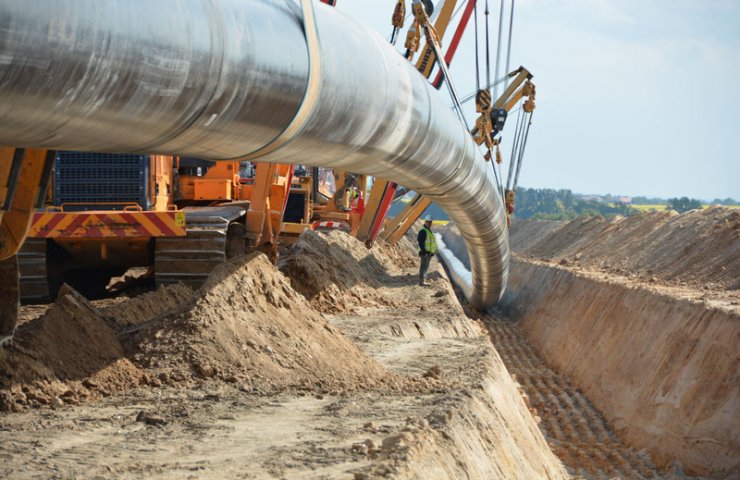 According to the German edition Deutsche Welle , The German Eugal gas pipeline, which provides 80 percent of the capacity of the onshore section of Nord Stream 2, has been put into operation and has begun pumping gas. At the same time, the gas pipeline's capacities have been booked almost 17 years in advance. The remaining 20 percent, in accordance with EU regulations, must be kept freely available by the gas transmission company for short-term reservations.

According to Eugal project manager Ludger Huembs, although the pipeline is connected to Nord Stream 2, it is at the same time integrated into the German and thus European gas transmission system. Therefore, it can be used now, without waiting for the completion of the construction of Nord Stream 2.

“And this is a good decision, since it allows the first stage of Nord Stream to be used at full capacity. After all, the onshore continuation of Nord Stream 1 - the OPAL pipeline - has not received permission from the regulatory authorities for 100% use by Gazprom. European directives prescribed that OPAL was obliged to reserve part of the transportation capacity for other gas suppliers - and Gazprom is now using this missing capacity at Eugal, ”explains Franziska Holz.

Unlike the American Embassy in Berlin, the expert believes that the launch of Nord Stream 2 is a matter of time. And money. According to her, she is ready to make a bet that the pipeline will be completed. When? That's another question.

According to her, in total, the Russian side will increase the total volume of gas supplies to the European market. At the same time, the expert admits that “this pipeline is intended primarily to reduce supplies through Ukraine.”

Финансовая аналитика, прогнозы цен на сталь, железную руду, уголь и другие сырьевые товары. More news and analytics on Metallurgprom telegram channel - subscribe to get up-to-date market information and price forecasts faster than others.
Сomments
Add a comment
Сomments (0)
On this topic
Siemens Energy promised Deutsche Welle to closely monitor democracy in Belarus
The European Union finally made changes to the Gas Directive of the Third Energy Package
Akademik Chersky arrives at the Nord Stream 2 pipe-laying site
Is it possible to replace Russian gas in the Ukrainian GTS with "green" hydrogen?
Stopped nuclear power plants and mines. What's going on in the energy sector of Ukraine?
Nord stream - 2 will work on the first stretch of January 1, 2020
Recommended:
Zaporizhstal Metallurgical Plant mastered eight new types of products in 2022
The Government of the Russian Federation extended the preferential import of equipment for the extraction of coal and ore
Nucor Rolls First Steel Sheet at New Kentucky Steel Plant
News Analytics
European steel price rise that began in January will be short-lived - MEPS26-01-2023, 14:44
Steel production in China rose in the first decade of January26-01-2023, 12:30
UK is ready to give 300 million pounds to save British Steel20-01-2023, 21:31
Carriage building plant in Kremenchug stopped production due to debts20-01-2023, 21:11
Europe's passenger car market records its worst year since the turn of the20-01-2023, 21:03
S&P: Russia will continue to dominate the steel export market in the Black05-01-2023, 11:22
Fitch Analysts Predict Big Drop in Global Steel Consumption This Year14-12-2022, 13:59
Analysts predict 5% annual growth in the iron casting market through 203006-12-2022, 12:44
Commodity prices will fall, metals quotes will rise slightly - Focus Economics28-11-2022, 13:28
Platinum market to face shortage next year - WPIC22-11-2022, 18:25
Sign in with: