This figure was announced by the President of the Ukrmetallurgprom, an expert in the field of industry, Alexander Kalenkov. 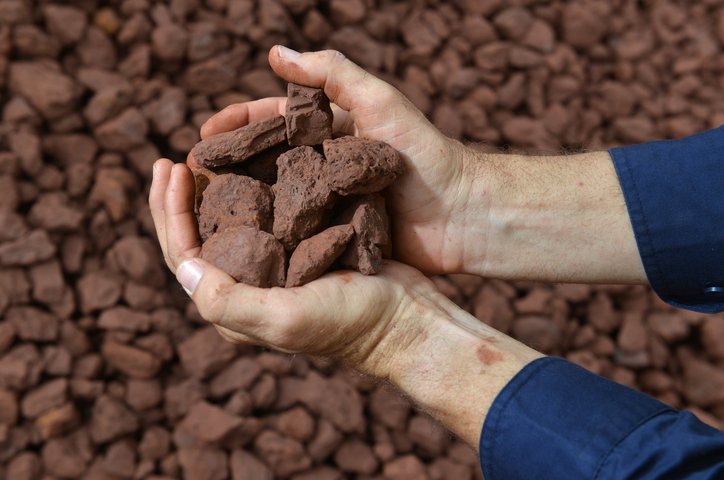 The statements circulating in the media that Ukrainian mining enterprises pay a low rental rate for the extraction of iron ore - US $ 4 per tonne are absolutely manipulative, Alexander Kalenkov said.

According to A. Kalenkov The current record rise in prices for iron ore is a temporary phenomenon associated with the dire epidemiological situation in Brazil and South Africa. He recalled that not long ago ore cost about $ 40 per ton on the world market.

A. Kalenkov recalled that the mining and metallurgical complex of Ukraine remains the basic branch of the country's economy, forming a third of industrial production, a quarter of foreign exchange earnings and providing hundreds of thousands of jobs in metallurgy and related industries.

“Metallurgical enterprises are the largest taxpayers in Ukraine, the implementation of budget programs not only in the regions of their presence, but also throughout the country depends on their work. Private statements by persons posing as experts are based on lies and manipulation and undermine the state's ability to make economically sound decisions, ”concluded the head of the OP“ Metallurgprom ”.

Earlier it was reported that a member of the supervisory board of Ukrzaliznytsia, Sergei Leshchenko, said that the price of iron ore broke all possible records and reached a maximum in the 21st century, and from this price the budget of Ukraine, whose citizens own the subsoil, receive a ridiculous amount - at least $ 4.

As a reminder, this week the Australian Government presented a draft state budget for 2021 - 2022, which provides for a drop in iron ore prices to $ 55 per ton at the end of the first quarter of next year.

Финансовая аналитика, прогнозы цен на сталь, железную руду, уголь и другие сырьевые товары. More news and analytics on Metallurgprom telegram channel - subscribe to get up-to-date market information and price forecasts faster than others.
Сomments
Add a comment
Сomments (0)
On this topic
Zelensky said that the rent for minerals in Ukraine will be increased
The tax claims to metallurgists for transactions with scrap metal is absurd – the President
Is there vanadium in Ukraine?
Stopped nuclear power plants and mines. What's going on in the energy sector of Ukraine?
The collapse of ore prices threatens Ukrainian producers with the loss of part of the Chinese market
World iron ore prices are already below $ 100 per ton
Recommended:
Analysts predict 5% annual growth in the iron casting market through 2030
The pipe metallurgical plant in Nikopol continued to work after a short stop
The United States imposed a ban on the import and sale of equipment from Huawei, ZTE and a number of other Chinese companies
News Analytics
ArcelorMittal launches flagship carbon capture and recycling project in Belgium08-12-2022, 14:59
The South Korean government "ordered" the striking truckers to return08-12-2022, 11:04
India expands RoDTEP export incentive scheme to steel and iron08-12-2022, 10:28
Volkswagen Anhui's first pre-production NEV rolled off the assembly line08-12-2022, 10:17
Chinese steel exports up 28.2% - customs data07-12-2022, 23:43
Analysts predict 5% annual growth in the iron casting market through 203006-12-2022, 12:44
Commodity prices will fall, metals quotes will rise slightly - Focus Economics28-11-2022, 13:28
Platinum market to face shortage next year - WPIC22-11-2022, 18:25
Global steel demand falls and will fall by 2.3% in 2022: WorldSteel19-10-2022, 23:12
Iron ore prices fall to 11-month low15-10-2022, 10:36
Sign in with: