The US, EU and IFIs expressed deep concern over the Ukrainian government’s decision to dissolve the Supervisory Board and replace the head of Naftogaz, questioning Ukraine’s commitment to corporate governance reforms. 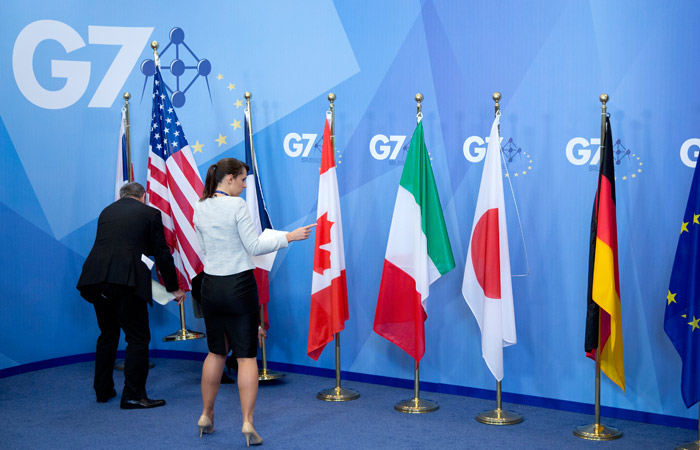 The G7 Ambassadors express their concern that the Ukrainian government, as the main shareholder of NJSC Naftogaz, and the company's supervisory board have not yet reached an agreed decision that will allow the current supervisory board to perform its duties independently.

“We urge the government to quickly address this issue in a way that reflects its stated commitment to international corporate governance standards, and to continue to improve the legislative framework for the management of state-owned enterprises in accordance with these standards,” the ambassadors said on Twitter. p>

Almost all the main energy enterprises of the state, where independent supervisory boards work, ended 2020 with colossal losses. So, for example, the Naftogaz group at the end of last year received a loss of 19 billion hryvnia. A year earlier, her profit was 2.6 billion hryvnia.

According to a number of Ukrainian experts, the strategic interest of the Naftogaz Supervisory Board lies in preparing for the privatization of the largest Ukrainian state monopoly, tactically, in making money on Ukrainian imports of natural gas through Swiss intermediaries, when the stake is not on more transparent long-term contracts. and for spot transactions.

As reported, the Cabinet of Ministers of Ukraine, within the framework of the general meeting of shareholders of Naftogaz on April 28, 2021, recognized the work of the supervisory board and the board of the company as unsatisfactory. The Cabinet of Ministers first terminated the powers of all members of the NAC supervisory board - both independent and representatives from the state - with their subsequent re-election in full, but from April 30, 2021.

Финансовая аналитика, прогнозы цен на сталь, железную руду, уголь и другие сырьевые товары. More news and analytics on Metallurgprom telegram channel - subscribe to get up-to-date market information and price forecasts faster than others.
Сomments
Add a comment
Сomments (0)
On this topic
"Naftogaz" has filed a lawsuit against the government of Ukraine for the issuance of a
The operator of the gas transport system of Ukraine has concluded agreements with all connecting
Iran is satisfied with the reaction of the world community to 60% enrichment of uranium
The steel industry, the United States recognized itself the most energy efficient in the world
The Ukraine-EU summit may be postponed again - the head of the European Commission went into
Metinvest group is required to consider the opinion of big business in the development of bills
Recommended:
Russia will allocate more than $700 million for the production of domestic aircraft engines
Ukraine delivered 86,000 tons of iron ore to Turkey in September - TUIK
Platinum market to face shortage next year - WPIC
News Analytics
Australia and the UK aim to catch up and overtake China in the battery metal26-11-2022, 22:37
The United States imposed a ban on the import and sale of equipment from26-11-2022, 22:31
The pipe metallurgical plant in Nikopol continued to work after a short stop26-11-2022, 22:52
The state will not support the export of metals from Russia - Ministry of25-11-2022, 13:18
ArcelorMittal Kryvyi Rih suspends production due to shelling of energy25-11-2022, 12:04
Platinum market to face shortage next year - WPIC22-11-2022, 18:25
Global steel demand falls and will fall by 2.3% in 2022: WorldSteel19-10-2022, 23:12
Iron ore prices fall to 11-month low15-10-2022, 10:36
China production cuts in winter will give limited boost to steel markets -15-09-2022, 10:09
Steel prices may rise as manufacturers stop production11-09-2022, 14:06
Sign in with: