Rinat Akhmetov's Mining and Metallurgical Holding considered the demands of the Antimonopoly Committee of Ukraine regarding the acquisition of the Dnieper Metallurgical Plant unreasonable. 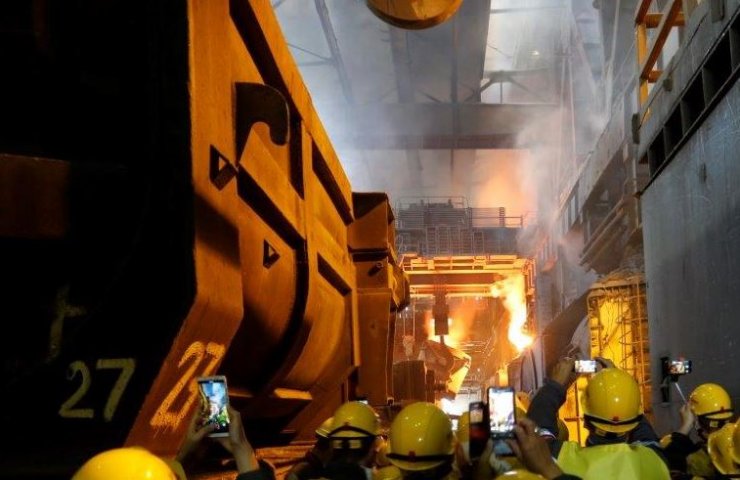 Obligations to sell commercial pig iron to third parties create obstacles to the consolidation of the assets of the Dnieper Metallurgical Plant (DMK) into the Dutch mining and metallurgical holding Metinvest B.V. (Metinvest), thereby limiting the group's long-term investment planning opportunities. This is stated in the message of the press service of Metinvest on Friday.

“The main range of products manufactured by DMK does not coincide with the range of products of the Metinvest Group. Other market participants have the opportunity to meet the demand for commercial pig iron in the amount that is included in the obligations of the Metinvest group. Accordingly, the company finds itself in a deliberately losing position in the sale of commercial pig iron, ”the message says.

The Antimonopoly Committee of Ukraine (AMCU) has submitted for discussion the restrictions on participation in tenders for the acquisition of the Dnieper Metallurgical Plant (DMK). In case of winning the auction, the AMCU intends to oblige Metinvest to sell at least 12 thousand tons of pig iron to third parties annually for three years.

Metinvest Group considers the established obligations of the AMCU to be unreasonable, the terms of consideration of the application are protracted, and the attitude towards the group is biased. According to the company, the establishment of obligations for the Metinvest group reduces the investment attractiveness of the depreciated assets of DMK and creates an unequal playing field compared to other potential bidders.

Recommended:
One of the largest lithium deposits in Ukraine returned to the disposal of the state
The German Ambassador reminded the head of the Ministry of Energy of Ukraine about the EU's interest in hydrogen supplies
Elon Musk presented the fastest electric car in the world Tesla Model S Plaid (Video)
On this topic
AMCU requested the opinion of the companies on the obligations of Metinvest in case of obtaining
Ukrmetallurgprom asks the Antimonopoly Committee to allow Metinvest to bid for DMK
Metinvest will gain control over the largest producer of coking coal in Ukraine
The Antimonopoly Committee of Ukraine fined Interpipe for abuse of monopoly position
The Antimonopoly Committee of Ukraine expects reduction of prices on gasoline in the retail market
"Metinvest" has asked the AMC's opinion on the purchase of integral property complex of the ISD
Add a comment
Сomments (0)
News Analytics
China's Machinery Sector Operating Income Increases 43 Percent13-06-2021, 11:28
Rescuers continue to search for 13 missing iron ore miners in North China12-06-2021, 15:39
European Union extends protective quotas on steel supplies for another three12-06-2021, 11:31
Metallurgical plants in the temporarily occupied territory of Donbass appointed12-06-2021, 10:59
JSC "Turboatom" was visited by representatives of CJSC "Novokramatorsk Machine12-06-2021, 10:43
Vaccinations fuel demand for platinum - World Platinum Investment Council08-06-2021, 12:55
Sharp price growth continues in the rolled metal market - Ukrpromvneshexpertiza08-06-2021, 11:04
Analysts note overheating of the global scrap metal market01-06-2021, 13:28
Hydrogen-fueled steelmaking could be competitive after 2050 - McKinsey19-05-2021, 14:22
Steel raw material prices are skyrocketing across the board18-05-2021, 12:34
Sign in with: