Interpipe placed $ 300 million in Eurobonds in less than a day

Half of the funds raised are planned to be used for general corporate purposes, the remaining 50% of the proceeds can be used to pay special dividends to shareholders. 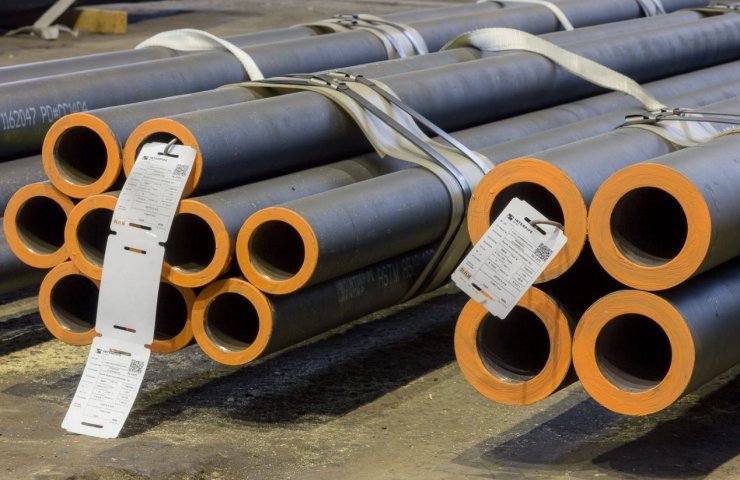 Eurobonds maturing in 2026 were admitted to listing on the Luxembourg Stock Exchange on May 13, 2021. The bonds were issued with a yield of 8.375% and received applications from about 50 investors, including an international financial institution.

Most of Interpipe's bonds were bought by investors from the USA, Great Britain and continental Europe in the distribution of 43%, 26% and 26%, respectively. Investors from Asia and the Middle East and North Africa accounted for 5% of the total market.

“Over the past years, we have made an impressive business transformation and achieved financial stability. And now Interpipe has successfully returned to the public debt capital market and has received a long-term stable capital structure, which opens up wide opportunities for further business development and growth ”, - commented the placement of Fadi Hraibi, Interpipe CEO.

Previously it was reported that the international rating agency Fitch Ratings has assigned a final senior unsecured rating of 'B' with an asset recovery rating of 'RR4' to the 5-year guaranteed Eurobonds of Interpipe Holdings plc.

Interpipe is a Ukrainian industrial company, a manufacturer of seamless pipes and railway wheels. The company's products are supplied to more than 80 countries around the world through a network of sales offices located in the key markets of the CIS, the Middle East, North America and Europe.

Recommended:
Energoatom approved Electrotyazhmash as a supplier of turbine generators for nuclear power plants
German industry showed unexpectedly weak results in April
Philips recalls up to four million ventilators
On this topic
Interpipe announced a planned action to discredit the company in the Ukrainian media
Interpipe NTRP allocated 84 million hryvnia for the implementation of environmental projects
Interpipe reduced sales of pipe and railway products in 2020
"Metinvest " will redeem all 2021 Eurobonds for $ 115.3 million and 2023 Eurobonds for $ 193.2
Interpipe has begun deliveries of OCTG in Turkey
INTERPIPE in 2019. increased sales of railway wheels by 8% and reduced the implementation of pipes
Add a comment
Сomments (0)
News Analytics
Demand for scrap metal in Ukraine exceeds supply by 5%19-06-2021, 11:45
Ukraine resumed sea purchases of gasoline due to restrictions on supplies from19-06-2021, 11:38
Installation of the first mine hoisting machine of Uralmashzavod began in Altai19-06-2021, 11:46
European designers have learned to inflate steel structures that could be a18-06-2021, 17:42
In Ukraine, police were accused of involvement in the theft of coal from trains18-06-2021, 17:51
Vaccinations fuel demand for platinum - World Platinum Investment Council08-06-2021, 12:55
Sharp price growth continues in the rolled metal market - Ukrpromvneshexpertiza08-06-2021, 11:04
Analysts note overheating of the global scrap metal market01-06-2021, 13:28
Hydrogen-fueled steelmaking could be competitive after 2050 - McKinsey19-05-2021, 14:22
Steel raw material prices are skyrocketing across the board18-05-2021, 12:34
Sign in with: