Ferrous metals in January-April 2021 accounted for 19.5% of the total revenues from the export of Ukrainian goods. 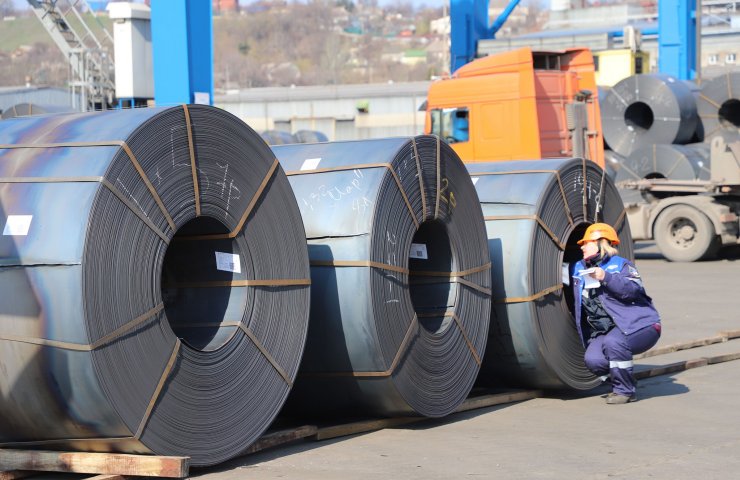 According to updated statistics released by the State Customs Service (GTS) of Ukraine on Tuesday, ferrous metals accounted for 19.5% of total receipts from export of goods during this period against 16.71% in the first four months of last year.

Recommended:
Energomashspetsstal shipped equipment to three nuclear power plants in China, Turkey and India at once
Elon Musk explained the rise in prices for Tesla by the increase in costs for rolled metal and other raw materials
Energomashspetsstal successfully passed an environmental audit in accordance with ISO 14001: 2015
On this topic
Metallurgical enterprises of Ukraine increased earnings from the export of ferrous metals by 8%
For 10 months of 2020, receipts from the export of ferrous metals to Ukraine decreased by 16%
Steel production in September 2020
Ukraine has lost about 20% of export proceeds from trade in ferrous metals
Ukraine in the first quarter reduced revenues from exports of ferrous metals 15.5%
The fall in steel prices has reduced the foreign currency proceeds to the budget of Ukraine
Add a comment
Сomments (0)
News Analytics
Back to the future: Interpipe told how to develop the industry of Ukraine17-06-2021, 14:33
The Ministry of Energy of Ukraine will take part in the European Hydrogen Forum17-06-2021, 13:07
China will start selling metals from the state reserve to stabilize the rise in17-06-2021, 13:04
The capacity of the domestic market of rolled metal products of Ukraine17-06-2021, 11:41
Dneprospetsstal recertified production of rough railroad and locomotive axles17-06-2021, 10:21
Vaccinations fuel demand for platinum - World Platinum Investment Council08-06-2021, 12:55
Sharp price growth continues in the rolled metal market - Ukrpromvneshexpertiza08-06-2021, 11:04
Analysts note overheating of the global scrap metal market01-06-2021, 13:28
Hydrogen-fueled steelmaking could be competitive after 2050 - McKinsey19-05-2021, 14:22
Steel raw material prices are skyrocketing across the board18-05-2021, 12:34
Sign in with: