Mariupol officials received guests from Germany who want to help "build bridges" between representatives of the economy and industry. 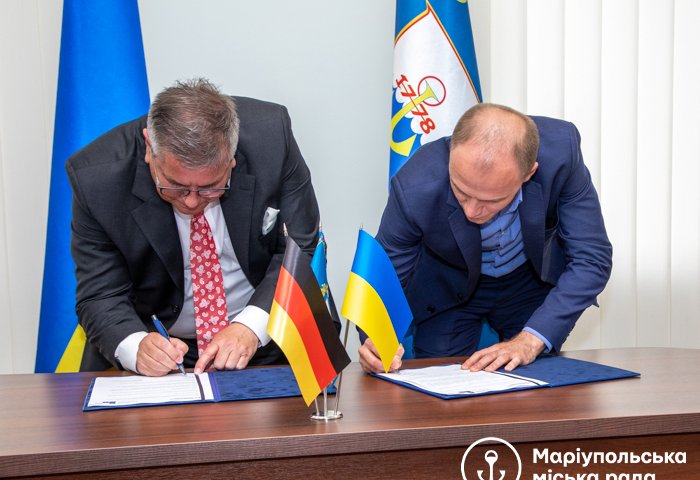 Mariupol was visited by representatives of the Federal Union for the Promotion of Economic Development and Foreign Economic Relations (BWA). They visited a number of infrastructure facilities of the city and signed a Memorandum of Cooperation.

Deputy Mayor Sergei Orlov told the guests about the city's successes and achievements over the past six years. Among them, the leadership of Mariupol in the transparency rating, the implementation of large-scale investment programs aimed at updating municipal transport, centers of administrative services, updating schools and kindergartens. He also shared his plans for the future - the construction of a water treatment plant and the modernization of the street lighting system.

“Our key task is to transform the economy from industrial to post-industrial. Germany has tremendous experience in this. Cities such as Bochum and Dortmund have already gone this way. Therefore, it is important for us to study strategies for their success. In addition, the signing of the Memorandum will allow our industrial and agricultural firms to export and import, establish contacts in Germany. The key is to build long-term cooperation, "said Sergei Orlov.

Federal Union President Thomas Sapper thanked the representatives of the municipality for the invitation.

Thomas Sapper said he was impressed by the strategic plans to transform the city and create conditions for young people.