The move will allow Liberty to focus on its Rotherham plant, which recycles scrap steel into a new billet. 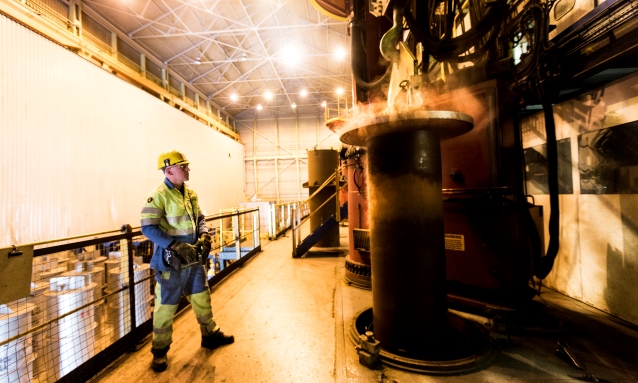 Liberty Steel, the UK's third largest steelmaker, has announced plans to sell its Stokesbridge steel mill as part of a restructuring plan that says the move will pay off one of its major creditors in full.

The announcement came after a weekend meeting in Dubai between Liberty chief Sanjeev Gupta and Credit Suisse officials.

Credit Suisse has agreed to suspend the trial of Mr. Gupta's empire while the Stokesbridge plant is sold.

The sale will also include processing subsidiaries, including a narrow-band mill at Brinsworth and West Bromwich, which will be relaunched shortly.

The aerospace industry is the main customer of the Stokesbridge plant, and due to the acute crisis in the industry, the demand for steel produced at the plant has plummeted.

Финансовая аналитика, прогнозы цен на сталь, железную руду, уголь и другие сырьевые товары. More news and analytics on Metallurgprom telegram channel - subscribe to get up-to-date market information and price forecasts faster than others.
Сomments
Add a comment
Сomments (0)
On this topic
Credit Suisse rasskryl "conspiracy" in the metals market
David Cameron declares his innocence in the problems of Liberty Steel and GFG Alliance
Liberty Steel said it is ready to pay off debts to creditors after restructuring
British government prepares plans to rescue Liberty Steel plants - Bloomberg
Liberty Steel changes its mind about buying Hungarian steel mill Dunaferr
Citigroup sues for bankruptcy in London court against Sanjeev Gupta's companies - Financial Times
Recommended:
The abolition of export duty in India may reduce the price of Turkish steel
Ukraine delivered 86,000 tons of iron ore to Turkey in September - TUIK
The owner of the Dnipro iron and steel works commented on reports of absentee arrest in the Russian Federation
News Analytics
China's iron ore output to rise in 2023 as new projects are launched30-11-2022, 18:10
"Centravis" agreed to supply a new batch of seamless pipes to a30-11-2022, 16:51
Metinvest enterprises in Ukraine resumed work after massive shelling of29-11-2022, 11:59
The European Council added the violation of restrictive measures (sanctions) to28-11-2022, 14:22
The abolition of export duty in India may reduce the price of Turkish steel28-11-2022, 14:07
Commodity prices will fall, metals quotes will rise slightly - Focus Economics28-11-2022, 13:28
Platinum market to face shortage next year - WPIC22-11-2022, 18:25
Global steel demand falls and will fall by 2.3% in 2022: WorldSteel19-10-2022, 23:12
Iron ore prices fall to 11-month low15-10-2022, 10:36
China production cuts in winter will give limited boost to steel markets -15-09-2022, 10:09
Sign in with: