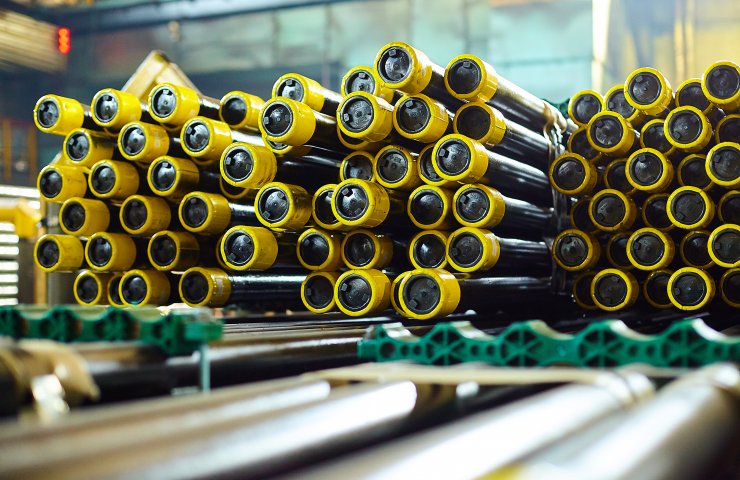 Viktor Pinchuk's Ukrainian industrial company Interpipe has completed the delivery of 700 tons of casing for the largest manufacturer of mining equipment in Ukraine Corum Group Rinat Akhmetov for the project for the construction of the Southern ventilation shaft No. 2 at the Zaporizhzhya Iron Ore Plant (ZZHRK), the press service of Interpipe reports.

In the spring of 2021, Corum Group announced the start of a comprehensive project - the construction and equipping of the Southern ventilation shaft No. 2 at the Zaporozhye Iron Ore Plant. This is an ambitious project for Corum Group, which is being implemented within the framework of the adopted Development Strategy until 2030 and demonstrates Corum's high expertise in the field of mine construction. Such large-scale and complex projects have not been implemented in Ukraine since the 1990s.

YuVS No. 2 will allow the ZZHRK to develop the reserves of the Pereverzevsky iron ore deposit (the estimated reserves are more than 350 million tons). This will ensure the stable operation of the plant for several decades to come. For the construction of the shaft Corum will use a special method of drilling - "Artificial Soil Freezing", which has not been used in Ukraine for the last 10 years due to the complexity of the technology.

The task of Corum Group is to drill a vertical shaft to a depth of 355 meters in difficult mining and geological conditions. For the construction of the shaft, the company's specialists plan to use the "Artificial Soil Freezing" method. This technology implies a decrease in the temperature of the soil around the shaft to almost -40 ° C, that is, the creation of conditions typical for the Arctic. This method will help create an ice fence around the shaft, under the protection of which drilling will be carried out, and groundwater will not enter the shaft.

To create an ice wall, it is planned to drill a ring of 43 freezing wells, in each of which a 330-meter string of Interpipe casing will be installed.

“Corum Group is a responsible and reliable company that shares the values ​​of society and cares about the future of our country. The implementation of the project at the ZZHRK will allow the enterprise to maintain the volume of iron ore production at the level of 4,500 thousand tons per year, and this is a significant contribution to the domestic economy, - says Mikhail Potapov, General Director of Corum Group. - To perform unique work in difficult geological conditions, it is important for us to use high-tech products at all stages. Interpipe pipes are innovative steelmaking technologies, a new approach to industrial culture and individual solutions for each client. I am very glad that together with our colleagues we are implementing such complex projects and developing Ukraine. ”

“It is important for us to take part in the unique project of Corum Group, which is being implemented for the first time in the years of Ukraine's independence. For Interpipe, as a national producer, the domestic market is of fundamental importance. In Ukraine, there are difficult mining and geological conditions for drilling, but Interpipe pipe products have proven themselves with a high level of reliability, "notes Andriy Burtsev, Sales Director for Interpipe pipes for the markets of Ukraine, Europe, the Middle East, Africa and Asia.