This week the increase was less than the previous one - 20 euros per tonne. Market participants assess this step as a gesture to support the market so that there is no way to say about the beginning of price stagnation. 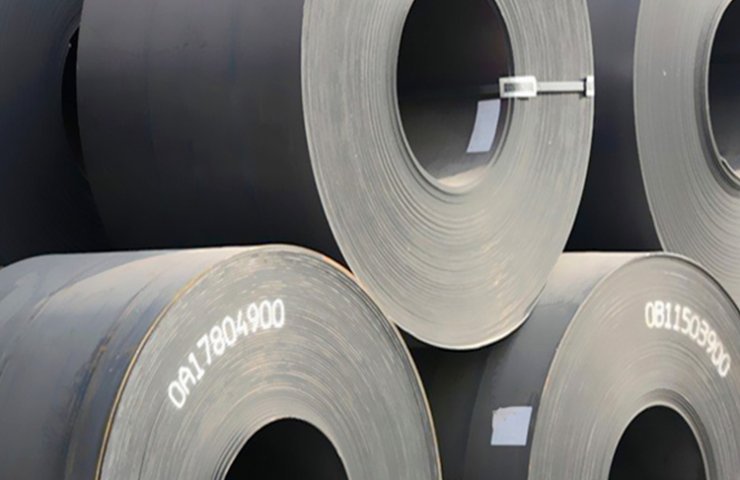 ArcelorMittal, the largest steel producer in Europe, has again increased its coil supply by € 20 ($ 24.40) per tonne to € 1,170 per tonne for hot rolled coil and € 1,320 per tonne for cold rolled and hot-dip galvanized steel, sources told S&P Global Platts .

The € 20 gain, confirmed after 4:30 pm London time, came after several days of inactivity in the European market, and is significantly less than the € 50 /t increase in previous weeks.

Falling prices in China weakened the mood of Europeans, and buyers began to show a wait and see attitude. In addition, there have been rumors of a possible rise in cheaper import supply. However, according to sources, those desperate for materials are forced to face limited supply from European factories.

The market was not surprised by the new rise in prices, which ArcelorMittal fixes on a weekly basis. However, the € 20 /ton increase is viewed by the mill as a stabilizing attempt to prevent market stagnation.

"They do it at the very last minute of the week, at least € 20, so that it cannot be said that this is the first week in more than a month without a price increase," said the German shareholder.

Recommended:
The last pipe of Nord Stream 2 was welded in the Baltic Sea - gas pipeline operator
Gas in Europe has risen to almost $ 600 per thousand cubic meters
Ukrainian business is optimistic about the results of its activities in August - National Bank
On this topic
ArcelorMittal Raises EU Steel Prices Again Today and Withdraws All Previous Bids
ArcelorMittal increases prices for rolled metal in Europe for the fifth time in three months
ArcelorMittal increases prices for coiled steel again in the EU and immediately by 30 euros per ton
Platts Steel Trade Review: China Will Decide Asia's Fate
Yuzhmash told whether it is possible to launch reusable rockets from the Black Sea
How the reform of the electricity market in Ukraine can lead to a collapse and what to do about it
Partner news
Сomments
Add a comment
Сomments (0)
News Analytics
Interpipe completed a million dollar investment project20-09-2021, 18:13
Gazprom will cut transit through Poland and will not book additional capacities20-09-2021, 18:57
World iron ore prices are already below $ 100 per ton20-09-2021, 17:39
The largest metallurgical company in Austria will allocate 185 million euros20-09-2021, 13:56
The capacity of the domestic market of rolled metal products in Ukraine20-09-2021, 12:28
Moody's changes its outlook for the mining and metals industry from "positive"14-09-2021, 18:39
European steel prices decline from summer highs and remain stable high04-09-2021, 10:38
Rise in European steel prices to dizzying levels finally fizzled out - Bloomberg27-08-2021, 13:18
Gold continues to be the most efficient portfolio asset - WGC26-08-2021, 12:38
Falling iron ore prices caught Wall Street by surprise - WSJ23-08-2021, 13:57
Sign in with: