Positive price growth is observed in the markets for metallurgical products

The negative price trend observed in the regional billet markets in June is gradually changing to a positive one. 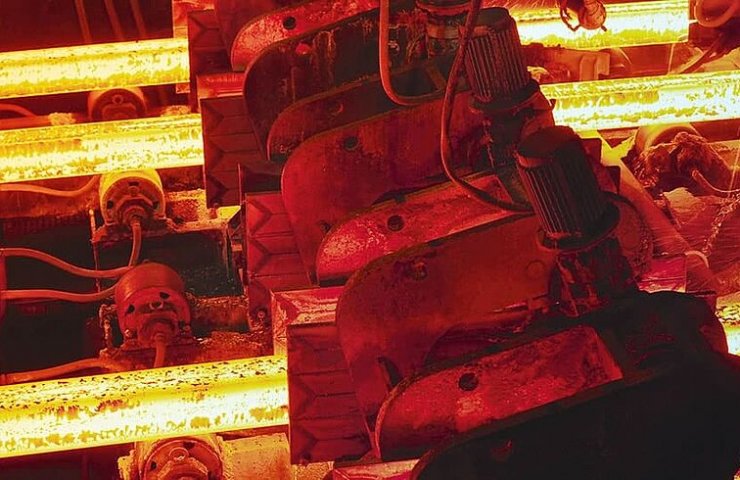 In the first week of July, domestic billet prices in China increased by $ 15 to $ 775-794 /t exw with 13% VAT. The low demand is still influenced by the rainy season, but traders are gradually stepping up orders and increasing stocks under the influence of government initiatives to limit the growth of metallurgical production and stabilize annual steel production. Rollers' interest in import is growing. Over the past week, import prices for billets in China rose by $ 10-15 to $ 685 /t cfr, which positively affects the opportunities for suppliers from the CIS, Turkey and the Middle East. In the import markets of Southeast Asia, the current offers of suppliers vary in the range of $ 670-700 /t cfr against $ 665-690 /t cfr a week earlier.

The favorable situation in China has a positive effect on the increase in billet quotations of Iranian companies to $ 610-620 /t fob from $ 609 /t fob.

According to the analyst of "Ukrpromvneshexpertiza" Oleg Gnitetskiy in the MENA import markets, the latest offers came from $ 670 /t cfr for supplies from India to $ 700 /t cfr for billets from the CIS. However, deals are sporadic and restocking activity remains minimal.

According to the forecasts of the UPE analysts, the CIS producers will raise their price proposals under the influence of the already realized July production and sufficient time for the sale of the August production. However, given the resistance of buyers and traditionally low summer demand, the most likely scenario in July will be a predominantly sideways trend. However, by the end of July - in August, high prices for raw materials and a revival of demand for finished rolled products with delivery in September will determine the formation of an upward trend.

Starting to sell rolled products of September production, suppliers of rebar and wire rod in most regions are increasing their offer. A favorable situation has developed under the influence of rising prices for raw materials and billets.

In China, domestic prices for rebar in the first week of July rose by $ 20 to $ 785 /t exw with 13% VAT, the cost of wire rod increased by $ 12 to $ 838 /t exw with 13% VAT. The rise in spot prices was due to several reasons: an increase in rebar quotes on the futures market, a high level of prices for iron ore and coking coal, a revival of demand from traders who started building up their stocks.

Chinese suppliers offer rebar at the same prices of $ 780 /t fob. At the same time, on the import markets of Southeast Asia, the range of offers expanded and shifted upward by $ 10 to $ 735-805 /t cfr from $ 730-790 /t cfr since the beginning of July. Importers are still inactive, expecting prices $ 10-15 below the current minimum supply.

Buyers in the MENA market are reluctant to sign contracts due to the suspension of a significant number of projects, limited to minimum orders with short delivery times. The main purchases are made in Turkey, and the interest in rental from the CIS is minimal due to high freight rates and longer delivery times. Rebar offers on the import market increased over the week due to the lower price level to $ 755-780 /t cfr from $ 740-780 /t cfr a week earlier.

Gnitetskiy predicts that the high level of prices for ore and scrap, as well as the dominant expectations of strengthening prices for rolled products due to strong demand and limited supply, will strengthen the upward mood. In these conditions, CIS producers will increase their quotes in the coming weeks, relying on stable domestic demand and improving the situation on the EU and US markets.