On the regional markets of metallurgical products, prices are balancing in a narrow corridor

The first decade of July brought an unstable equilibrium in the regional procurement markets. A similar situation has developed under the influence of a seasonal decrease in demand for finished products, a decrease in trading activity and a high cost of raw materials. 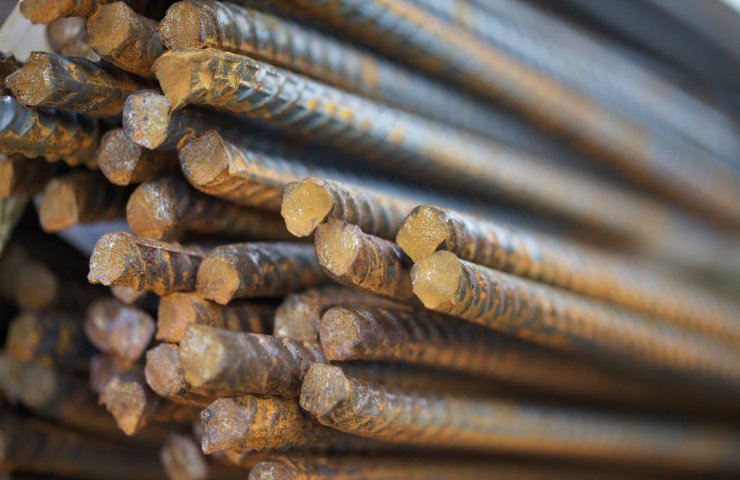 The exception was China, where domestic prices continue to rise steadily under the pressure of production restrictions and a possible shortage of supplies. Starting from the second week of July, prices have increased by $ 17, amounting respectively to $ 792-811 /t cfr with 13% VAT. Chinese importers are showing an active interest in import supplies and are ready to conclude contracts for $ 705-710 /t cfr. The current situation contributes to the growth of prices on the import markets of Southeast Asia, where, despite the still low demand, supply strengthened to $ 670-710 /t cfr against $ 670-700 /t cfr a week earlier.

In Turkey, the cost of billets fell by $ 5-10 under the influence of low scrap prices and a decline in trading activity ahead of the long holidays. Turkish billet on the domestic market is offered at $ 680-695 /t exw, offers on the import market fell to $ 665-675 /t cfr.

Ukrpromvneshexpertiza analyst Oleg Gnittskiy predicts that due to resistance from buyers and traditionally low demand in the summer, the most likely scenario in the coming weeks will be mainly a sideways trend. However, in August, high prices for raw materials and a revival of demand for finished rolled products with delivery in September-October will lead to an upward trend.

Seasonal factors and upcoming vacations are not conducive to the conclusion of deals in the long rental markets in the EU, Turkey and MENA countries, their number has been reduced to a minimum. The strengthening of the negative trend is facilitated by the weakening of prices for Turkish scrap metal, the producers of which keep prices from falling and do not make significant concessions.

In Turkey, exporters continue to hold offers in the range of $ 730-760 /t fob for reinforcement and $ 850-860 /t fob for wire rod, providing discounts of no more than $ 5 when selling large batches of rolled metal.

Low activity of buyers continues in the MENA markets, where the last known transactions on rebar on the import market were at $ 745-780 /t cfr.

In Southeast Asia, demand remains weak due to the rainy season and the threat of another wave of coronavirus. Most of the deals take place at the lower end of the ranges of $ 735-815 /t cfr for rebar and $ 750-850 /t cfr for wire rod.

According to Gnitetsky, until the end of July, prices for rebar and wire rod in the Black Sea ports will maintain a predominantly sideways trend due to weakening demand due to the start of summer vacations in Europe and a seasonal decrease in consumption in the construction sector in MENA countries. In August-September, as the demand for autumn supplies increases in the context of limited supply volumes and the introduction of 15% export duties in Russia, an increase in upward sentiment and the formation of an upward trend is expected.

Финансовая аналитика, прогнозы цен на сталь, железную руду, уголь и другие сырьевые товары. More news and analytics on Metallurgprom telegram channel - subscribe to get up-to-date market information and price forecasts faster than others.
Сomments
Add a comment
Сomments (0)
On this topic
Positive price growth is observed in the markets for metallurgical products
In March, the rise in prices for metallurgical products in all markets will increase -
Prices continue to rise in the long and flat steel markets
Sharp price growth continues in the rolled metal market - Ukrpromvneshexpertiza
A decrease in business activity is observed in the regional markets for metallurgical products
The number of deals made in the regional scrap markets is growing
Recommended:
ArcelorMittal raises European steel prices on rising energy prices
China production cuts in winter will give limited boost to steel markets - Platts
Steel market in Europe expects big production cuts due to weak demand
News Analytics
EBRD downgrades Ukrainian economic growth forecast for 2023 from 25% to 8%28-09-2022, 13:57
EU plans additional sanctions against Russian metallurgy27-09-2022, 10:34
The European Commission has approved 5.2 billion euros of state support for27-09-2022, 10:43
China's leading industrial profits fall 2.1% in first 8 months27-09-2022, 10:20
Moody's changed the outlook for the global mining industry to26-09-2022, 19:04
China production cuts in winter will give limited boost to steel markets -15-09-2022, 10:09
Steel prices may rise as manufacturers stop production11-09-2022, 14:06
IREPAS: The global long products market is in a "dramatic situation"10-09-2022, 20:49
Steel prices are unlikely to rise significantly in the near future - analysts02-09-2022, 22:58
Steel prices may move up on new data from China31-08-2022, 12:19
Sign in with: