Chip shortages at their peak: automakers stop their conveyors

Due to the crisis in the supply of microcircuits, it was no longer possible to build about six million cars. Experts say the problems won't go away anytime soon. 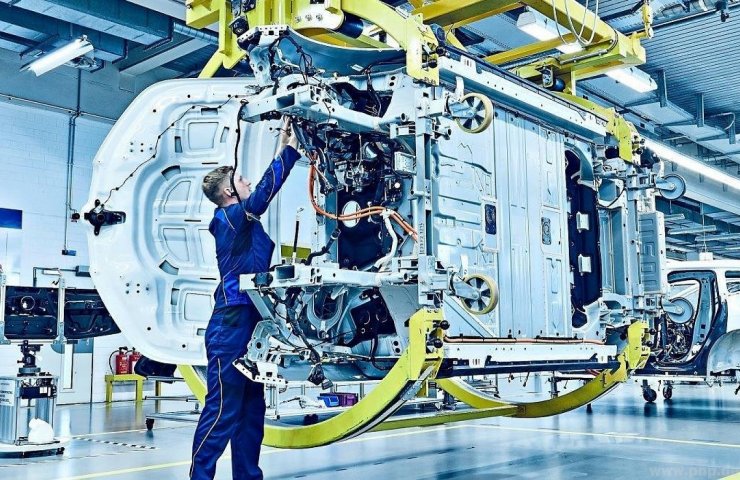 Due to chip shortages, BMW is canceling a full shift at its Dingolfing plant next week, and production lines at Ford's Saarlouis plant will be idle throughout June. At Volkswagen, work is on hold at Brazilian factories, while the situation at German factories remains critical: bottlenecks in semiconductor supplies paralyze much of the auto industry, and VW's purchasing council believes the crisis will last for quite some time.

“At the moment we have reached the peak of the supply crisis. We have the most difficult six weeks ahead of us, ”said Murat Axel in an interview with Handelsblatt. In the third quarter, the Wolfsburg-based car company is gearing up for its worst period of the current chip crisis.

Goldman Sachs chief economist for Asia, Andrew Tilton, also believes that the industry is now going through the peak of the crisis. This means that as we move to the second half of the year, the situation in the industry will improve. At the same time, Intel CEO Pat Gelsinger recently announced that the current global chip shortage is expected to persist for several years.

A new outbreak of coronavirus and drought in Taiwan may exacerbate the problem. The peninsula has faced one of the worst droughts in decades, affecting chip manufacturing. The fact is that the production process requires the use of a large amount of water. The shutdown of factories in Taiwan could lead to an aggravation of the chip crisis, which will result in a shortage of products from leading companies - Intel, Qualcomm, NVIDIA and others.

Recommended:
Energoatom approved Electrotyazhmash as a supplier of turbine generators for nuclear power plants
SSAB agrees with Volvo to supply and refine HYBRIT decarbonized steel
Tesla sets up data center in China to store information locally
On this topic
Emergency summit on chip shortage to be held in Washington - Biden administration
Trump's legacy - carmakers shut down factories over Chinese chip shortages
Yuzhmash told whether it is possible to launch reusable rockets from the Black Sea
How the reform of the electricity market in Ukraine can lead to a collapse and what to do about it
Stopped nuclear power plants and mines. What's going on in the energy sector of Ukraine?
Is the German auto industry preparing for a collapse?
Add a comment
Сomments (0)
News Analytics
Demand for scrap metal in Ukraine exceeds supply by 5%19-06-2021, 11:45
Ukraine resumed sea purchases of gasoline due to restrictions on supplies from19-06-2021, 11:38
Installation of the first mine hoisting machine of Uralmashzavod began in Altai19-06-2021, 11:46
European designers have learned to inflate steel structures that could be a18-06-2021, 17:42
In Ukraine, police were accused of involvement in the theft of coal from trains18-06-2021, 17:51
Vaccinations fuel demand for platinum - World Platinum Investment Council08-06-2021, 12:55
Sharp price growth continues in the rolled metal market - Ukrpromvneshexpertiza08-06-2021, 11:04
Analysts note overheating of the global scrap metal market01-06-2021, 13:28
Hydrogen-fueled steelmaking could be competitive after 2050 - McKinsey19-05-2021, 14:22
Steel raw material prices are skyrocketing across the board18-05-2021, 12:34
Sign in with: