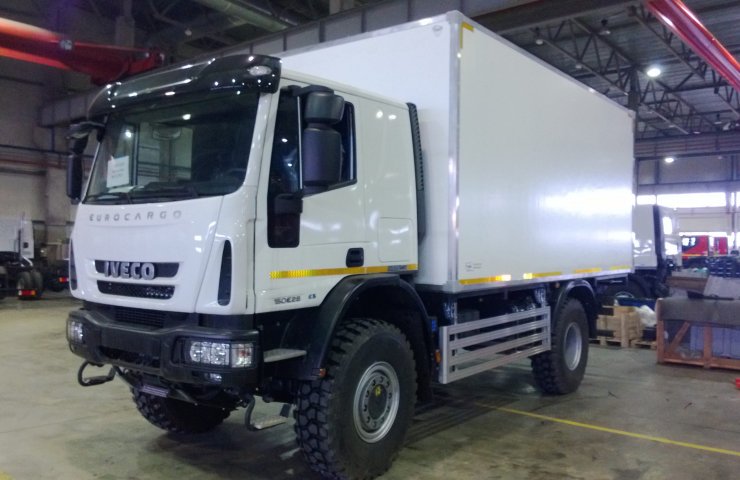 On June 18, 2021, Ukrposhta acquired 18 IVECO EuroCargo trucks worth about UAH 44.5 million. The cars were transferred by the company to the national postal operator of Ukraine by the OTP Leasing company on the terms of financial leasing.

Ukrposhta purchased a car within the framework of the program of expansion and renewal of the vehicle fleet. The new cars will serve routes from Kiev, Lviv and Dnieper.

According to the head of Ukrposhta Igor Smelyansky, today the average age of cars working in the company has decreased from 15 to 7 years, while over the past 4 years more than 3 thousand new cars have been purchased.

To purchase a car, Ukrposhta used the financial leasing model, which it already used last year. To determine the lessor company, a tender was announced and OTP Leasing won among the three bidders, offering the most profitable contract for 3 years.

Last year, Ukrposhta purchased about 700 cars, and this year it is planned to purchase almost three times more - 1920 cars for updating the fleet (70 cars) and launching mobile departments (1850 cars). So, for 5 years the company has updated almost half of its vehicle fleet.

Recall that in March 2021, Ukrposhta carried out the largest purchase of cars on the Ukrainian market for 1,860 cars for mobile offices.

Recommended:
The world's first magnetic levitation train with a speed of 600 km /h rolled off the assembly line in China
Gas prices in Europe renewed record highs and approached $ 500 per thousand cubic meters
Ukrainian stainless pipe manufacturer spends 50% of investment on environmental projects
On this topic
Ukrposhta carried out the largest purchase of cars in the Ukrainian market
Prospects for ship repair in Ukraine
Steel production in September 2020
Global steel production in June 2020 decreased by 7%
Yuzhmash told whether it is possible to launch reusable rockets from the Black Sea
Ukrposhta sells non-core assets: recreation and baths
Partner news
Сomments
Add a comment
Сomments (0)
News Analytics
National Bank of Ukraine predicts economic growth in 2021 by 3.8%29-07-2021, 23:32
"Electrotyazhmash" shipped the stator housing of the hydrogenerator to the29-07-2021, 18:00
Gas price in Europe exceeded $ 500 per thousand cubic meters29-07-2021, 16:43
German concern ThyssenKrupp sells its mining business29-07-2021, 16:22
We are working hard: Ukrzaliznytsia records record indicators of daily load29-07-2021, 11:56
Steel raw materials prices decline in all regional markets27-07-2021, 11:57
On the regional markets of metallurgical products, prices are balancing in a22-07-2021, 16:22
Demand for armaments will ensure a stable growth of armored steel sales by 4%20-07-2021, 10:10
Protectionist Measures Support European Steel Prices Despite Summer Lull19-07-2021, 11:02
Positive price growth is observed in the markets for metallurgical products16-07-2021, 14:12