This is the second auction for scrap metal from Ukrzaliznytsia this month. 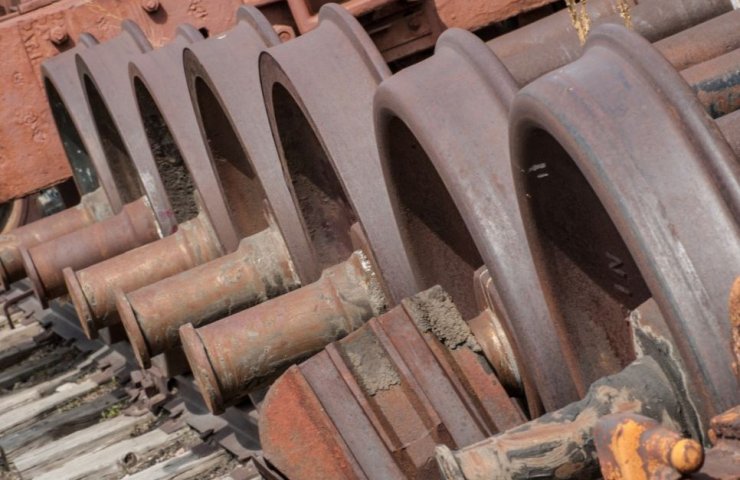 In June, Ukrzaliznytsia plans to sell 30.3 thousand tons of ferrous scrap and receive at least UAH 187.5 million of income from its sale. In the electronic trading system Prozorro. Sales on June 15, the corresponding auctions have already been announced. This was announced by the acting. Ivan Yurik, Chairman of the Board of JSC "Ukrzaliznytsia".

“We continue to provide additional liquidity to the company, in particular, through the sale of scrap metal. Now we are actively organizing open electronic auctions. We invite interested buyers to public competitive bidding, ”said the head of Ukrzaliznytsia.

The auctions are scheduled for June 25, bidders can submit quotations until 20:00 on June 24.

As earlier, on June 7, 2021, Ukrzaliznytsia announced open auctions for the sale of almost 2 thousand tons of non-ferrous metal and alloy scrap. The company intends to receive about UAH 145 million of additional income from its sale.

According to UkrMet, at the beginning of June stocks of scrap metal in the warehouses of Ukrainian steel plants amounted to about 300 thousand tons, which is 3 times higher than the standard value. World scrap prices are above $ 500 (UAH 13,500) per ton. In an attempt to slightly reduce the difference between world and domestic prices, Ukrainian scrap consumers in the second half of May raised purchase prices to UAH 8,000 per ton.

Финансовая аналитика, прогнозы цен на сталь, железную руду, уголь и другие сырьевые товары. More news and analytics on Metallurgprom telegram channel - subscribe to get up-to-date market information and price forecasts faster than others.
Сomments
Add a comment
Сomments (0)
On this topic
Ukrzaliznytsia puts 100% of all orders of services in freight transport in ProZorro
Dmitry Firtash regained the right to purchase a 51% stake in the Zaporozhye Titanium and Magnesium
The Ukraine-EU summit may be postponed again - the head of the European Commission went into
Since the beginning of the year, Ukrzaliznytsia has sold scrap of non-ferrous and ferrous metals
Zaporizhstal plant has mastered a new type of hot-rolled steel with the addition of boron
Since the beginning of the year, Ukrzaliznytsia has successfully sold scrap metal worth 1 billion
Recommended:
Ukrainian court invalidated sale of Ferrexpo Plc shares in 2002
UK unions cancel all planned strikes after Queen's death
Islamabad receives $1.5 billion investment proposal for PSMC privatization
News Analytics
EBRD downgrades Ukrainian economic growth forecast for 2023 from 25% to 8%28-09-2022, 13:57
EU plans additional sanctions against Russian metallurgy27-09-2022, 10:34
The European Commission has approved 5.2 billion euros of state support for27-09-2022, 10:43
China's leading industrial profits fall 2.1% in first 8 months27-09-2022, 10:20
Moody's changed the outlook for the global mining industry to26-09-2022, 19:04
China production cuts in winter will give limited boost to steel markets -15-09-2022, 10:09
Steel prices may rise as manufacturers stop production11-09-2022, 14:06
IREPAS: The global long products market is in a "dramatic situation"10-09-2022, 20:49
Steel prices are unlikely to rise significantly in the near future - analysts02-09-2022, 22:58
Steel prices may move up on new data from China31-08-2022, 12:19
Sign in with: