Tesla reported record sales in the first quarter of 2021, beating Wall Street estimates as strong demand for less expensive models offset the impact of a global shortage of parts. 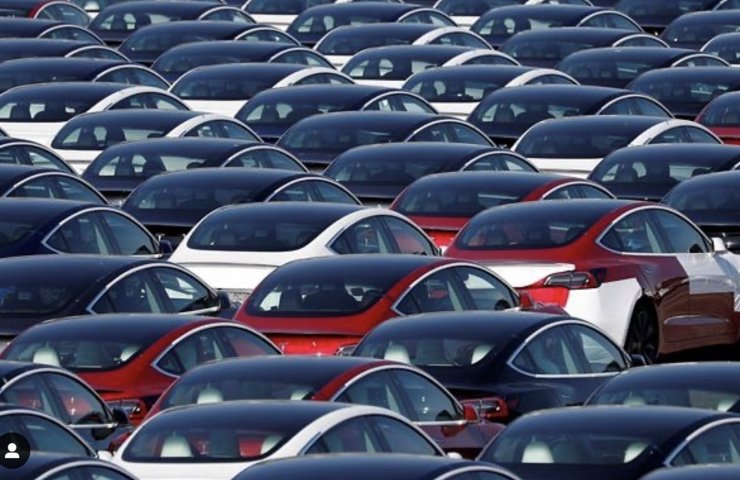 At the same time, sales were practically not affected by the downtime of the plant in Fremont (California) for several weeks in February and March, which may be due to a shortage of semiconductors. Because of this issue, several major automakers including Volkswagen, General Motors, Honda, Toyota, Fiat Chrysler and Ford have reported cutting or stopping production since the beginning of the year.

Commenting on the sales figures, Tesla noted strong demand for Model Y in China, as well as significant interest in Model S and Model X. “We are encouraged by the strong perception of Model Y in China and are rapidly reaching full production capacity,” says Tesla's statement.

Tesla remains the most valuable car company in the world today, despite the fact that it produces only a small fraction of competitors such as Toyota Motor Corp, Volkswagen AG and GM. The company's shares have declined 9.3% since the beginning of the year.

Recommended:
ArcelorMittal Kryvyi Rih announced the won court against the environmental community
Elon Musk announced the recruitment of several thousand engineers for the "Starbase" in Texas
The development of the hydrogen economy is included in the National Economic Strategy of Ukraine
On this topic
Steel production in September 2020
The European Commission will check the legality of the Alliance Fiat-Chrysler with Peugeot
The Supervisory Board of PSA approved the merger with Fiat Chrysler
Los Angeles Times: a Perfect storm in the American market of steel
General Motors estimated losses from the most prolonged strike in the company's history
USA: Winners and Losers in Trump's Trade War with China
Add a comment
Сomments (0)
News Analytics
The capacity of the domestic steel market in Ukraine in January-March decreased19-04-2021, 10:33
In Russia, there is an exuberant demand for agricultural machinery19-04-2021, 10:24
Iran is satisfied with the reaction of the world community to 60% enrichment of18-04-2021, 13:24
Gas prices in Ukraine have reached a record value over the past two years -16-04-2021, 17:24
Ukrmetallurgprom asks the Antimonopoly Committee to allow Metinvest to bid for16-04-2021, 17:23
World Steel Association predicts a good year for metallurgists15-04-2021, 18:19
World Steel Association defines green steel and its variations12-04-2021, 13:14
China unlikely to cut steel capacity in 2021 due to high steel prices07-04-2021, 12:11
Scrap metal market at the beginning of April02-04-2021, 11:10
Rising Chinese Prices Fueled Rising Global Steel Prices - MEPS25-03-2021, 18:54
Sign in with: