From 2014 to 2018, a large-scale modernization of heating and thermal furnaces took place in the press-forging shop of the plant. 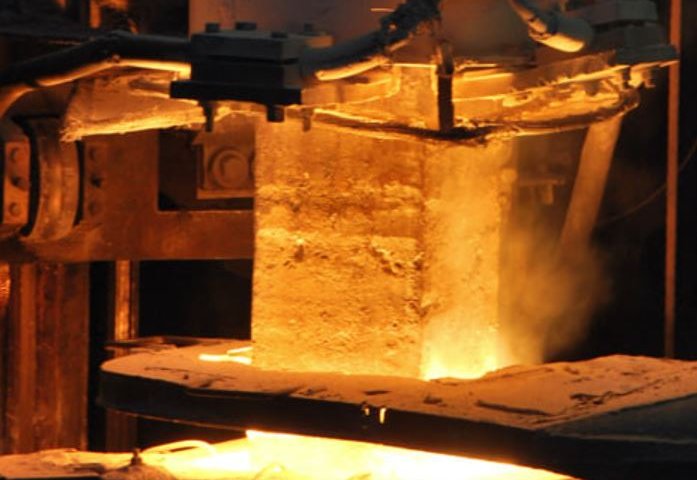 Zaporozhye Dnerospetsstal was paid a working visit by representatives of the standing commission on ecology, protection of subsoil and rational use of natural resources of the Zaporozhye regional council.

According to Igor Logozinsky, Technology and Quality Director of Dneprospetsstal, from 2014 to 2018 a large-scale modernization of heating and heat treatment furnaces took place in the press-forging shop of the plant. All modernized furnaces are equipped with modern two-level control systems based on controller technology from Siemens AG - the world leader in integrated automation for various industries.

The use of modern gas-burning devices with an optimal gas /air ratio in the furnaces made it possible to achieve better fuel combustion up to 90% and reduce the level of harmful emissions into the atmosphere.

Due to the use of economical gas burner impulse devices, automation and the use of modern refractory materials, emissions of sulfur dioxide are reduced by 100%, carbon dioxide by 20%, nitrogen oxide by 15%.

Dneprospetsstal continues to implement environmental projects, in particular, the modernization of furnace units.

As a result of the visit, the deputies discussed with representatives of the plant's environmental service changes in the field of environmental monitoring, the implementation of the points of the Memorandum, which was signed between the authorities and enterprises of the region.

Финансовая аналитика, прогнозы цен на сталь, железную руду, уголь и другие сырьевые товары. More news and analytics on Metallurgprom telegram channel - subscribe to get up-to-date market information and price forecasts faster than others.
Сomments
Add a comment
Сomments (0)
On this topic
The operation of the online monitoring system of Zaporizhstal emissions was checked by the profile
Dneprospetsstal remembered how steel for spaceships was recently melted
At Dneprospetsstal remembered how the metal was melted for the first space flights
Dneprospetsstal carried out personnel rotations, which are not associated with a change in owner
Dneprospetsstal announced possible fraud using the name of the plant
DSS confirmed the quality of its steel products for shipbuilding
Recommended:
Donetsk and Torez electrotechnical plants will start producing electrical substations from Chuvash parts
China's Hainan Province to ban internal combustion engines by 2030
Naftogaz launches new arbitration against Gazprom
News Analytics
The production of passenger cars in Russia decreased by 2.8 times in eight29-09-2022, 11:19
Donetsk and Torez electrotechnical plants will start producing electrical29-09-2022, 11:37
Ukrainian coking plants reduced gross coke production by 55.2%29-09-2022, 11:28
China ramps up investment in transport to bolster economy29-09-2022, 11:33
The heads of mining companies named the main risks for business29-09-2022, 10:03
China production cuts in winter will give limited boost to steel markets -15-09-2022, 10:09
Steel prices may rise as manufacturers stop production11-09-2022, 14:06
IREPAS: The global long products market is in a "dramatic situation"10-09-2022, 20:49
Steel prices are unlikely to rise significantly in the near future - analysts02-09-2022, 22:58
Steel prices may move up on new data from China31-08-2022, 12:19
Sign in with: