At the same time, the export of ferrous and non-ferrous metal scrap from Ukraine increased almost 14 times compared to the same period last year. 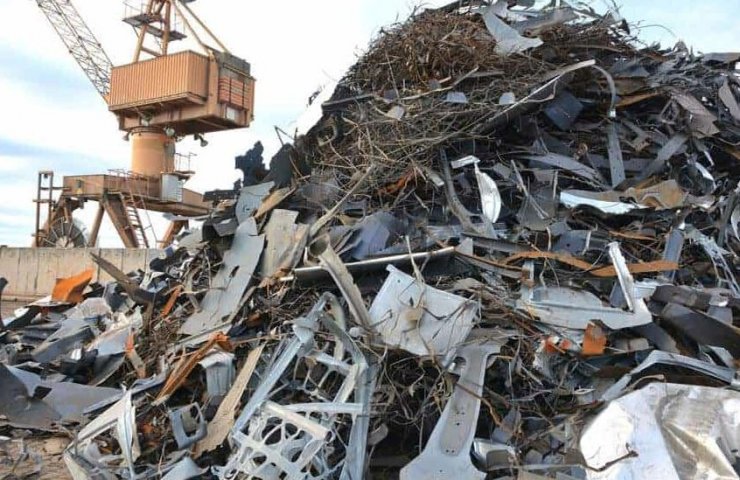 During the first half of 2021, the volume of procurement of scrap metal in Ukraine increased significantly. According to the association UAVtormet , in January - June of the current In 2007, scrap collectors of the country collected 1.97 million tons of scrap metal, which is 42.2% more than in the same period last year.

The association explained that this trend is due to the high purchase prices of metallurgical enterprises, which were observed in the Ukrainian and world markets during the second quarter of this year, as well as activation by exporters.

Scrap metal supplies to Ukrainian metallurgical plants in January-June 2021 increased by 26.3% compared to the same period of the previous year (up to 1,653.3 thousand tons). Technological stocks of scrap metal at enterprises are estimated at no less than 120.0-125.0 thousand tons.

Exports of scrap metal in the first half of 2021 amounted to 230.9 thousand tons, which is almost fourteen times higher than the volumes shipped abroad in January-June 202 (16.8 thousand tons).

Финансовая аналитика, прогнозы цен на сталь, железную руду, уголь и другие сырьевые товары. More news and analytics on Metallurgprom telegram channel - subscribe to get up-to-date market information and price forecasts faster than others.
Сomments
Add a comment
Сomments (0)
On this topic
"Naftogaz" has filed a lawsuit against the government of Ukraine for the issuance of a
US imposed export restrictions against Ukraine, Russia, Venezuela and China
Elon Musk contracted coronavirus, but doubts the reliability of the tests
Zaporizhstal: production results in February 2021
The Minister of Energy of Ukraine promised to close the issue of wage arrears to miners on Monday
A billion tons of cargo have passed through the port of Dubai in 10 years, and most of them are
Recommended:
ArcelorMittal invests $25 million in nuclear technology development
The state will not support the export of metals from Russia - Ministry of Industry and Trade of the Russian Federation
The abolition of export duty in India may reduce the price of Turkish steel
News Analytics
China's iron ore output to rise in 2023 as new projects are launched30-11-2022, 18:10
"Centravis" agreed to supply a new batch of seamless pipes to a30-11-2022, 16:51
Metinvest enterprises in Ukraine resumed work after massive shelling of29-11-2022, 11:59
The European Council added the violation of restrictive measures (sanctions) to28-11-2022, 14:22
The abolition of export duty in India may reduce the price of Turkish steel28-11-2022, 14:07
Commodity prices will fall, metals quotes will rise slightly - Focus Economics28-11-2022, 13:28
Platinum market to face shortage next year - WPIC22-11-2022, 18:25
Global steel demand falls and will fall by 2.3% in 2022: WorldSteel19-10-2022, 23:12
Iron ore prices fall to 11-month low15-10-2022, 10:36
China production cuts in winter will give limited boost to steel markets -15-09-2022, 10:09
Sign in with: