Immediately 46,000 tons of Ukrainian metal were loaded onto the Prionas large-capacity vessel, which went to Italy. 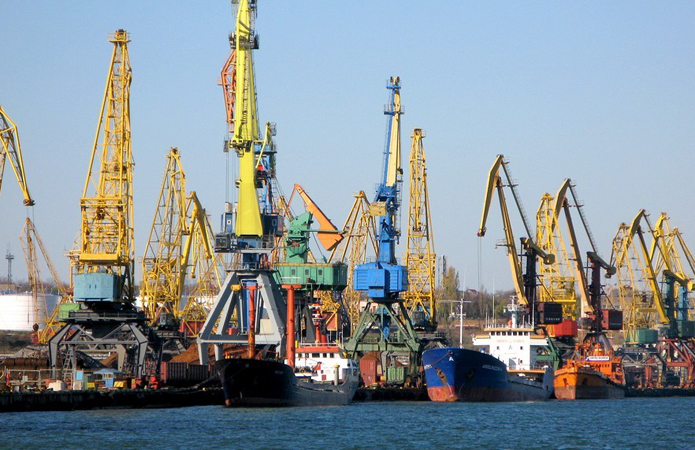 ArcelorMittal Kryvyi Rih ships most of its products to consumers through the Nikmet-Terminal stevedoring company of the Nikolaev seaport. The depth at the berth (draft) is 10.3 meters, which until recently did not allow the transportation of products by heavy vessels. The company's products were shipped by vessels with a carrying capacity of up to 36,000 tons. A new solution helped to cross this milestone - shipping in two stages: directly from the berth and from the roadstead (Trutaev Bank).

First, 37,700 tons of metal products were loaded at the Nikmet-Terminal berth. The loading was carried out by three to five cranes in grab mode and buckets on the Prionas, the total length of which is 190 meters. The loading intensity was 18,000 tons /day. Then the ship was taken to the outer roadstead and in two days the remaining volume of 8,300 tons was loaded from the barges using floating cranes. The loading intensity at the roadstead was 5 thousand tons, and there are prospects for its increase.

- Raid loading is widespread among grain shippers. However, metal products at the roadstead of Nikolaev were thus loaded for the first time in our country. We see great prospects in this direction, because we are constantly working to ensure that customers receive their order as soon as possible, and logistics costs are reduced. Now we will be able to transport our metal products from Nikmet-Terminal also by heavy vessels. I would like to thank our partners - JSIC Ukrrichflot - who provided transportation and offshore transshipment of products, as well as Nikmet-Terminal for the high level of work organization and coordination of actions. For us, this project was a kind of challenge that we accepted and successfully implemented, because we worked as one team. The ship has already arrived at its destination, our Italian customers are satisfied.

Nikolaev sea trade port, founded in 1789, is located at the mouth of the Southern Bug River, in the northern part of the Dnieper-Bug estuary and serves as the most important transport link in the south of Ukraine. Connected to the Black Sea by a 44-mile shipping channel. Navigation in the port lasts all year round. The port is connected with all CIS countries and abroad by railways and highways, air and river communications. Nikolaev Sea Trade Port is one of the five largest ports in Ukraine.

LLC "Stevedoring company Nikmet-Terminal" carries out a full range of port handling operations for the transshipment and storage of export, import, transit bulk and general cargo. For mooring and handling of ships, the stevedoring company uses berths 3, 4, 5 and 6 of the Nikolaev commercial seaport with a total length of 850 m, which makes it possible to simultaneously handle 4 ships.