The signing of the grant agreement took place within the framework of the National Cybersecurity Cluster “Cybersecurity. Components of the state's defense capability. Needs, achievements and best practices. ” 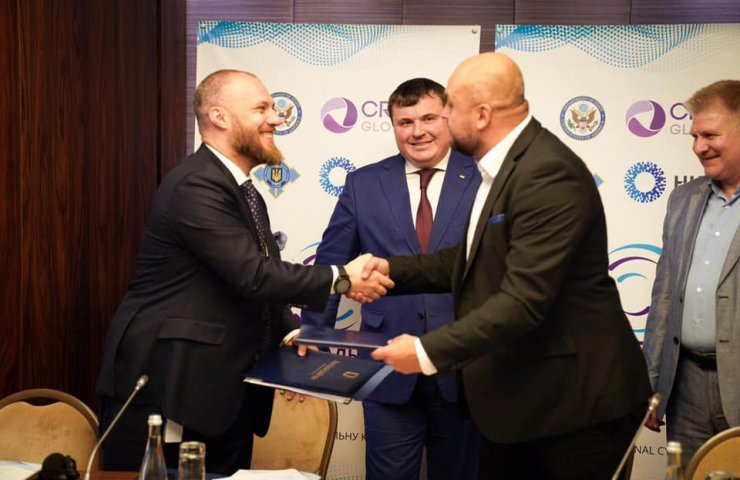 Today, the State Concern Ukroboronprom and the US Civilian Research and Development Foundation (CRDF Foundation) signed a grant agreement for the allocation of US $ 200,000 to increase the level of the concern's cyber defense.

As stated in the press service of Ukroboronprom, this is the first victory of the concern in an international scientific and technical competition, as well as the first grant aimed specifically at increasing the innovative component of defense production security.

“Our team at Ukroboronprom has significantly stepped up efforts to improve the cybersecurity level of critical infrastructure and ensure compliance with international information security standards. This allows the concern to become a reliable partner for high-tech foreign manufacturers of weapons and military equipment, as well as to carry out international technology transfer in the future, ”said Yuriy Gusev, Director General of Ukroboronprom.

According to the concern, its information and telecommunication systems (ITS) in the first half of 2021 were subjected to 12,415 cyber attacks, or an average of 69 attacks per day. Most of them were blocked in advance, the press service noted.

Recommended:
SE "Antonov" plans to produce its military transport aircraft An-74 in Canada
The Ministry of Energy of Ukraine named the main threat to the future heating season
Azovstal is certified by Ukrzaliznytsia for compliance with rail fasteners in accordance with new GOSTs
On this topic
Ministry of Energy of Ukraine signed a Memorandum of Understanding with Microsoft
Ukroboronprom opens the register of the concern's real estate, which can be rented
17 enterprises will be withdrawn from Ukroboronprom
"Ukroboronprom" introduces to "Antonov" Supervisory Board
Ukroboronprom signed a framework agreement for fuel supplies without tenders
Since the beginning of 2020, the staff of Ukroboronprom has been updated by more than 30%
Partner news
Сomments
Add a comment
Сomments (0)
News Analytics
Metinvest is ready to pay more than 9 billion hryvnia for the Dnieper steel26-07-2021, 13:01
Cherkassk Azot by Dmitry Firtash completed the modernization of the ammonia26-07-2021, 13:45
Rinat Akhmetov's engineering holding Corum Group focuses on export26-07-2021, 13:11
Tesla's Berlin Gigafactory to be fined for installing devices not approved by26-07-2021, 12:35
The capacity of private solar power plants in Ukraine approached 1 gigawatt26-07-2021, 11:42
On the regional markets of metallurgical products, prices are balancing in a22-07-2021, 16:22
Demand for armaments will ensure a stable growth of armored steel sales by 4%20-07-2021, 10:10
Protectionist Measures Support European Steel Prices Despite Summer Lull19-07-2021, 11:02
Positive price growth is observed in the markets for metallurgical products16-07-2021, 14:12
European steel market is in confusion: price growth has slowed down, but no one21-06-2021, 17:40